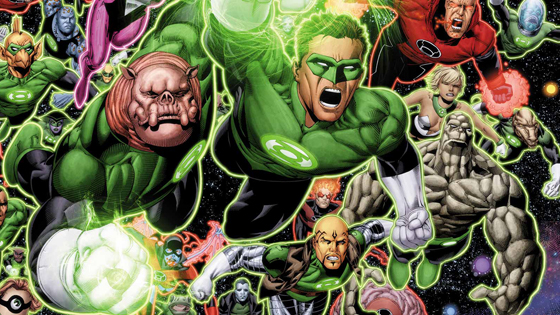 Looks like we are getting a Green Lantern movie chockfull of Green Lanterns. Such was the rumor as of late, and such has been revealed to be true! Today at SDCC, WB confirmed the film.

No longer a solo movie, Warner Bros. flashed a logo for a“Green Lantern Corps” film on the screen in Hall H, with a release date of 2020.

Rumors of a multi-Lantern approach to the film began making the rounds last month, with actor Chris Pine’s name at the center. Tyrese Gibson added fuel to the rumor later in the month, not only hinting that he had been approached to join the then-secret production, but that a big announcement would be made at Comic-Con.

Warner Bros. previously released a “Green Lantern” film starring Ryan Reynolds as Hal Jordan in 2011, but the new film will not follow that continuity. Instead, it will fit in with the burgeoning cinematic DC Universe established in “Man of Steel” and expanded in the upcoming “Batman v Superman: Dawn of Justice.”