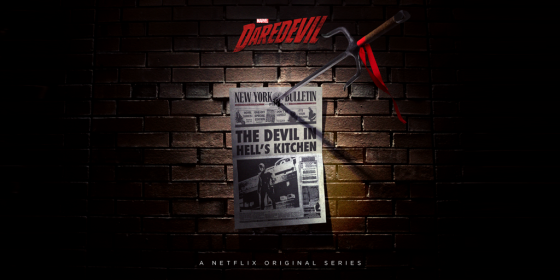 We got ourselves some Elektra happening in Daredevil‘s second season! Aww! Yeah! While most of us thought the character would be making her appearance, Marvel has now confirmed such speculation with a casting announcement.

Add another major Marvel Comics player to the season season of “Daredevil” on Netflix: As made official on Marvel.com, Élodie Yunghas been cast as Elektra, one of the most famous characters in the Daredevil mythos.

Here’s the official description: “Yung will play Elektra, a mysterious woman from Matt Murdock’s past whose dangerous and exotic ways may be more than he can handle.” The first season of “Daredevil” contained references to Elektra, but the character was not seen on screen.

Created by comics legend Frank Miller, Elektra first appeared in 1981’s “Daredevil” #168. A deadly assassin and sometimes hero, Elektra branched out from the “Daredevil” series to headline many of her own comics, including the acclaimed “Elektra: Assassin” miniseries and the “Elektra Lives Again” graphic novel.

“After a worldwide search, we found in Élodie the perfect actress to embody both Elektra’s impressive and deadly physicality, as well as her psychological complexity,” Head of Marvel Television Jeph Loeb said in Marvel’s announcement. ““Paired with Charlie as Matt Murdock, the two will bring one of the most beloved and tumultuous comic book relationships to life with all the accompanying sparks and spectacular action sequences the show is known for.”