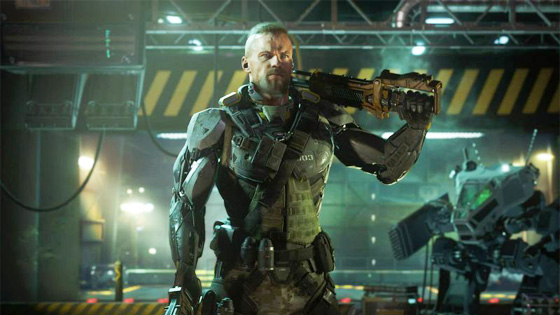 This…This would have been like, enormous news seven years ago. Right? But I’m not sure anyone really give that much of a fuck about Call of Duty anymore. I’ll buy it with my general malaise, as I am inclined to do everywhere. But DLC, no DLC right at its release. Don’t really matter to me. How about you?

Sony used its E3 press conference to announce a slate of quirky, weird, and almost-forgotten titles, but among the likes of The Last Guardian and the upcoming Final Fantasy VII remake was the company’s most nakedly commercial announcement: extra downloadable content for the next Call of Duty game would be coming to PlayStation first.

In an age where true platform-exclusive games are few and far between, Sony and Microsoft have secured DLC deals with other publishers to differentiate between the PlayStation and Xbox versions of new games. By stumping up undisclosed sums of cash, the platform holders have been able to get new exclusive maps, special weapons, and early beta access, tempting passionate and impatient fans to their side with minor additions to the biggest games. And none have traditionally come bigger than Call of Duty. The shooter series has generated $10 billion for publisher Activision over the past decade, growing from fairly humble beginnings as a World War II FPS to become a sci-fi staple pegged to a yearly release schedule, reliably selling tens of millions of copies with each iteration.

Sony has a similar deal in place with Activision for the PS4 version of Destiny, but the announcement of the new Call of Duty deal marks the first time the Japanese company has secured DLC exclusivity for the series. The new deal replaces a long-standing agreement between Microsoft and Activision that previously ensured that owners of Xbox consoles saw new map packs and add-ons a month before PlayStation gamers, a feather in the company’s cap that it showed off at every E3. The question is now whether Sony stole the rights from under Microsoft’s nose, or whether Microsoft was simply happy to let the deal lapse.