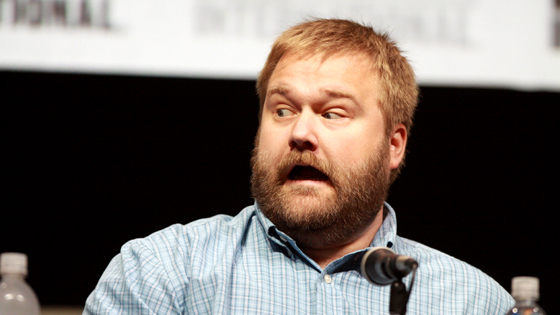 Robert Kirkman is the guy behind Walking Dead. Now he may also be the gentleman behind unfucking the notoriously horrible Transformers franchise.

In late March, it was announced that Goldsman was tasked with forming a “Transformers” writers’ room, in an effort to build a cohesive “Transformers” film universe, beyond Paramount’s first four hit movies. Based on the enduring toys and multiple animated series, the “Transformers” franchise has proved a major success since the first 2007 entry to last year’s “Transformers: Age of Extinction,” which grossed $1.1 billion worldwide.

Kirkman’s first entry into film — “AIR,” which he executive produced and co-stars Norman Reedus of AMC’s “The Walking Dead” — is scheduled for release on Aug. 14.