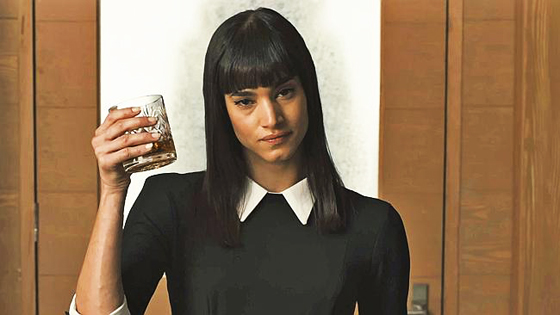 I don’t know much about Sofia Boutella, other than she’s fucking awesome in Kingsman. So sign me up for her being in Star Trek 3, which officially has me sweating all up in my panties.

Star Trek 3 is ramping up, with a script by Simon Pegg and Doug Jung, with Justin Lin set to direct. We know very little about the film at this point, but we can presume that cast members such as Chris Pine, Zachary Quinto, and Zoe Saldana will return, and we know that Idris Elba plays a villain. Now the cast has a new member, as Algerian actress Sofia Boutella, last seen in Kingsman: The Secret Service, has signed on to play “a lead role.”

Deadline reports, but knows only that Boutella has a role, and not what sort of role it is — or, more specifically, whether she’s a hero or villain.