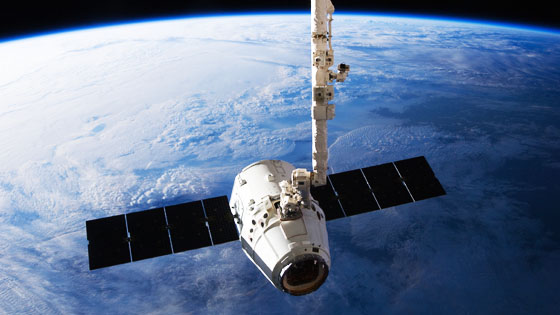 Google wants to bring SpaceX’s SATELLITE LAUNCHY-LAUNCH SPACE INTERNET TO LIFE. How do we know? Well, they just donated a fucking billion dollars to the endeavor.

After introducing the idea of creating a satellite-based internet back in November, Elon Musk went into further detail last week on his $10 billion plan to build out a network over the next five years. Now, The Information is reporting that Google might be a main investor.

According to an unnamed source in the article, Google has agreed to value SpaceX north of $10 billion, and the inclusion of other investors would make for a big round of funding. It would be another of a handful of network projects the company is invested in — most notable of which is Project Loon. A follow-up report from The Wall Street Journal pegs Google’s actual investment at $1 billion, or a tenth of what the project is expected to cost.

Over the last few years Google was working on a similar satellite project with industry expert Greg Wyler, who left to form a company backed by Qualcomm and Virgin called OneWeb. (At one point last year OneWeb, then known as WorldVu, was rumored to be partnering with SpaceX.) That project — which Richard Branson is chipping in some of his own money to fund — is based around the technique of linking the satellites over specific radio spectrum. Musk’s new idea, conversely, would reportedly connect the satellites with a laser-based system.

The micro-satellites would orbit the Earth at an altitude of just 750 miles, far below the typical satellite orbit of 22,000 miles. The biggest advantages to putting the internet in orbit — as opposed to terrestrial options like fiber — are speed and coverage. “The speed of light is 40 percent faster in the vacuum of space than it is for fiber,” says Musk. The expansive network would also allow for everything from improved coverage in rural areas to, one day, connecting us to Mars.

There you go, Google. Don’t just create fucking Skynet. Give Skynet access to the stars. To the Mars. Maybe their inorganic dream-bot brains will go where we can’t seem to fucking go.