‘The Force Awakens’ Non-News: Original Cast Trailer in May 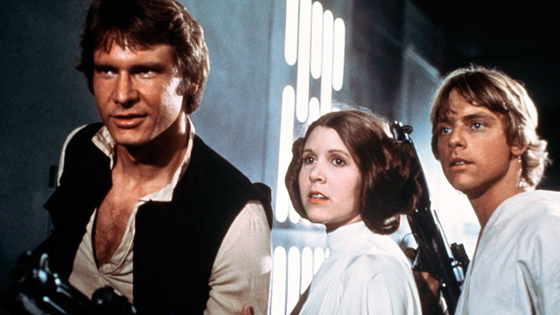 YEAH BOIII! Straight to the dome with the WHITE NOISE OF STAR WARS NON-NEWS. Did you miss Rotting Flesh Monster Faced Mark Hamill in that first Force Awakens trailer? Or Princess Leia? Or Han Solo? Well, temper your tits. They’re coming this May.

If you needed another reason to get pumped for Age of Ultron, a “credible rumor” is now circulating that the second Force Awakens teaser will premiere in theaters before Avengers 2. Truly, the house of mouse is good to us.

If LatinoReview‘s sources are correct, the teaser will also feature our first new look at Harrison Ford, Mark Hamill and Carrie Fisher returning to their original trilogy roles. Non-American viewers may get the first peek at the new teaser (depending when it’s released on line, of course); Ultron premieres April 24th in Australia and in New Zealand on the 23rd.

I think I’ll hold out until Age of Ultron to see who’s actually inside the bucket of bolts. What about you, gang?

I loved that the OG cast wasn’t in the first Force Awakens trailer. Pass the FUJKING TORCH! But, still. I can’t fucking wait to see them in May.