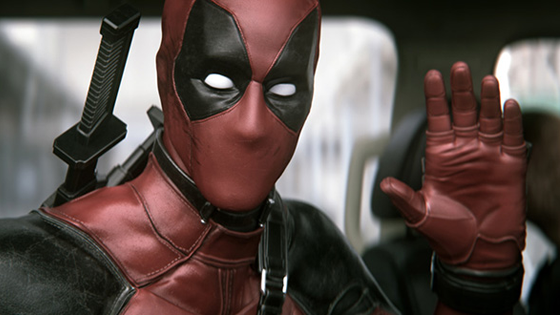 That Deadpool test footage we were all getting juicy in the groin over seems to have done its job. After years of talkin’ about the fucking adaptation as though it were the White Whale, Deadpool is finally getting a movie. Officially and shit.

A test reel of 20th Century Fox’s long-in-development “Deadpool” movie leaked earlier this year. “There was such an overpowering reaction to the footage, you sort of feel like, ‘Oh, so we weren’t crazy for our reasons for loving this character, for loving this role.’ It’s interesting to see the power of the Internet. It’s awe-inspiring, actually,” Ryan Reynolds told the Niagara Falls Review this week. “And it’s neat that Twitter and Facebook and Instagram can move mountains when used in the right way.”

Move mountains, sure. Normally, we’d laugh. There’s always a big disconnect with social media and the real world, between what’s abuzz in the Twittersphere and what the number crunching actually says. But in this case, we’d be the ones being laughed at.

After years in the works, Fox and Marvel are moving ahead with the long-gestating Deadpool spin-off—the character that first appeared in “X-Men: Origins” Wolverine” in 2009. Many have scoffed at the idea that “Deadpool” could work in today’s tentpole environment. To stay true to the character on the page, “Deadpool” would have to be rated R (and we’d be surprised if that happened), and he’s more smart mouthed than you traditional Marvel hero, too. Perhaps a cross between a wise-ass “Spider-Man” and a darker Marvel character like the Punisher, “Deadpool” seems like a harder sell on the surface.

That said, the reaction to the test footage seems to be positive enough for Fox to finally say yes, though whether or not it’ll be R remains in question. The studio has green lit the movie and now dated it for a Feb. 12, 2016 release. Tim Miller, who shot the test footage, will direct, and while no deal is in place, everyone pretty much assumes Ryan Reynolds will star.