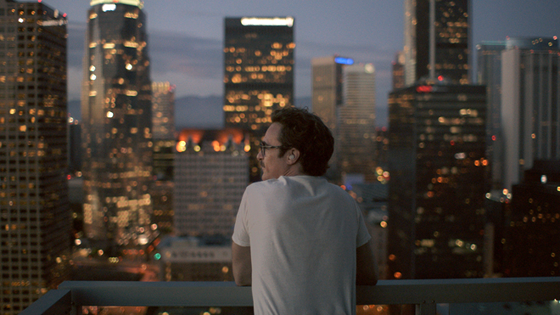 Say what you will about Skyfall, I think we can at least agree it was fucking beautiful. So when word came out that cinematographer Roger Deakins wouldn’t return for Bond 24, frowns were understandable. However! Perhaps dry those tears, folks. ‘Cause a wonderful replacement has been found.

Since lensing 2008’s “Let The Right One In” for Tomas Alfredson, cinematographer Hoyte van Hoytema (who we’ve had our eye on since we put him in our On The Rise feature in 2010) has become a popular choice for auteurs when their usual director of photography is unavailable. Hoytema stepped in for frequent Spike Jonze collaborator Lance Acord on “Her” and he subbed in for cinematographer-turned-director Wally Pfister on Christopher Nolan’s upcoming “Interstellar.” As if replacing those two great DPs wasn’t tough enough, the “Tinker Tailor Soldier Spy” cinematographer is going to have to fill some very big and iconic shoes for his next gig.

We found out earlier this year that the amazing and legendary Roger Deakins would not be returning to work on “Bond 24” with Sam Mendes, and now HitFix is reporting that Hoytema will be filling in instead. Interestingly, there’s a possibility – not confirmed though – that Hoytema will be shooting the spy film photochemically as opposed to digitally, which is how Deakins shot “Skyfall.” While it’s tempting to pin Bond’s return to film solely on the residual influence of working with Nolan, Hoytema has actually shot his last few movies on film, with the exception of the Arri Alexa-shot “Her.”

Fuckin’ excellent news to my Eye-Ears, yo. Her was fucking stunning, and I’m looking forward to seeing Hoyte van Hoytema’s influence on the Bond franchise.