SPACE GET! – SpaceX and Boeing are now NASA’s space taxis to the ISS 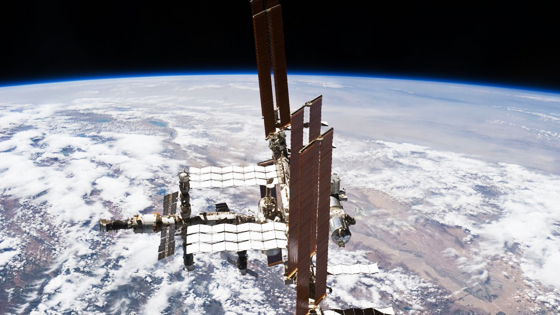 Fuck to the yes! NASA has announced that human spaceflight is once again going to be rocking and rolling out of the United States. To the skies! To the rocks! To the stars! Once more. With some help from some friends. And the non-mysterious benefactors that will be aiding them courtesy of fuckin’ lucrative contracts are SpaceX and Boeing.

Boeing and SpaceX have received contracts to develop a new fleet of American spacecraft for NASA. The companies will spend the coming three years and $6.8 billion ($4.2 billion for Boeing and $2.6 billion for SpaceX) in funding from the agency working towards certifying their ships to carry astronauts to the International Space Station, a goal they’re expected to hit in 2017. Boeing will work with its CST-100 capsule, while SpaceX — a younger company founded by Tesla entrepreneur Elon Musk — will continue to test its own Dragon capsule. NASA will oversee a series of performance tests for both companies, including a test flight with a single astronaut on board.

A maximum of six missions may be approved as part of each contract, and funding was awarded based on their proposals; SpaceX might be getting less than Boeing, but they’re both expected to reach the same goals. “To achieve NASA certification in 2017, they must meet the same rigorous safety standards we had for the Space Shuttle Program,” said agency head Charles Bolden.

NASA made the announcement today at the Kennedy Space Center in Florida, after heated speculation about which company or companies would be chosen. It’s the latest step in the commercial crew transportation partnerships that it began exploring as the space shuttle program wound down. In 2011, after a round of smaller preliminary grants, NASA gave a total of $270 million to Boeing, Jeff Bezos’ Blue Origin, SpaceX, and Sierra Nevada Corporation, which were asked to work towards “safe, reliable, and cost-effective” ways to get astronauts to space. Ultimately, the final craft will provide an American alternative to Russia’s Soyuz capsules, on which NASA currently rents seats for its astronauts. The latest contract, which will last until 2017, provides six seats for $424 million. But political tensions with Russia have made this an uneasy bargain. It suspended relations with Russia’s space program during the Ukraine crisis in April, and companies like Boeing have leveraged international conflict to push for more rocket funding.