Archives
« ‘Daredevil’ dropping on Netflix in May 2015. Going to be all gritty and such.
Mark Waid’s ‘S.H.I.E.L.D.’ comic will be in-continuity adventures of TV cast »

‘Godzilla 2’ is happening. And they’ve revealed the monsters. Already? 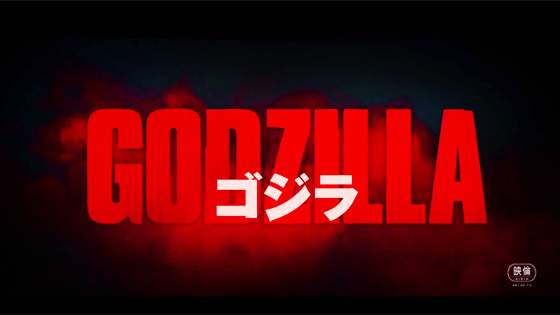 Dusting this off from this past weekend’s SDCC. This past weekend! Good god! In Internet Time this news story isn’t just Old, it’s actually So Dead It’s Offensive. But we go forward. As I said, this weekend Legendary revealed that Godzilla 2 was a go. And then for some reason they revealed the monsters. Why? Wouldn’t secrecy and a reveal make more sense?

A couple years back, Legendary Pictures surprised San Diego Comic Con International with an FX test for Godzilla created by director Gareth Edwards. The footage was the talk of Comic Con that year, and in 2014 Legendary has once again surprised Hall H with a reveal of the potential Godzilla 2 monsters.

Legendary Pictures head Thomas Tull first presented a video from Gareth Edwards which was recorded in San Francisco where he is working hard on Star Wars. Edwards thanked fans for supporting Godzilla and joked that while he is just doing a small little sci-fi movie next, he will return to Godzilla 2 afterwards. He also jokingly revealed a list of monsters who will be in the sequel, but the names were bleeped out.

Tull, in attendance, then presented some classified footage from Monarch “to show what we are thinking about for the sequel.”

The black and white video was filled with footage of destruction from around the world with a voice over from John F Kennedy. Text on the screen reads: “There is still one secret that remains hidden… There are others.”