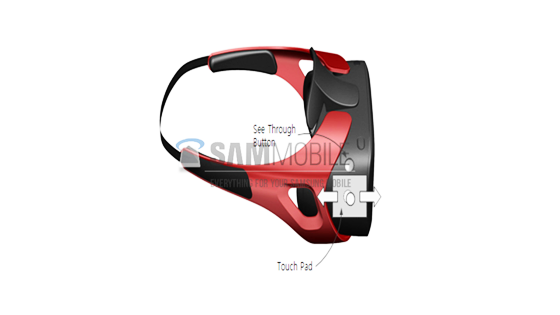 Samsung’s virtual reality headset design has hit the internet. Leaked right out the drooling maw of the NetterWebs’ guts. And man, is it Virtual Boy as fuck.

Samsung’s virtual reality headset is called the Gear VR, and the company plans to officially unveil the device during the IFA 2014 trade show in September, reports SamMobile.

SamMobile also posted what it claims is an image of the Gear VR, and as you can see above, Samsung has apparently gone with a color scheme that happens to evoke Nintendo’s Virtual Boy.

Samsung’s VR headset was first reported by Engadget last month, which said that the Korean electronics giant was building a device without a dedicated screen — instead, the user would slot in one of Samsung’s next-generation smartphones via a USB 3.0 port, and the phone’s screen would serve as the headset’s display. Think of it as a more high-tech version of Google’s Cardboard project.

That design isn’t clear in the leaked image, although the pictured prototype does include a “see through button.” According to Engadget and SamMobile, Gear VR users would be able to press it to get a view of the outside world through the phone’s rear-facing camera. Samsung is reportedly creating the Gear VR hardware on its own, and working with Oculus VR to develop the software. [Polygon]