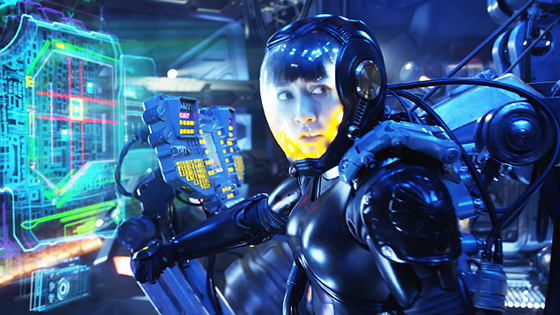 I really enjoyed Pacific Rim. I never thought the movie would receive a genuine sequel, instead having a new installment banished to Endless Wind Cycle of Speculation. Well – I’m wrong again

How do you like you robots tentpoles served up: Michael Bay style or with the flair of Guillermo del Toro? Well consumers, you now have a choice as “Transformers” is not the only mechanized franchise on the block.

After lots of speculating, hoping and wishing — and some plain old hard work by del Toro, who revealed earlier this month he was working on a script with Zak Penn — Universal has now slated “Pacific Rim 2” to hit theatres on April 7, 2017. Yep three years from and four years after the first movie. There are no plot details yet, but a couple weeks back the director promised all new thrills. “I’m going for very new, very crazy ideas on the second one, which are very different from the first one—but you will get really great spectacle,” he said. Oh, that’s not all.

An animated series, set in the same world, will arrive on the small screen before the followup lands at the multiplex. Though again, not much in the way of firm details. But either way, del Toro is very happy to get a second kick at “Pacific Rim.” “The characters I love will return,” del Toro told BuzzFeed. “Raleigh, Mako, Newt, Gottlieb and who knows, maybe even Hannibal Chau – but we are taking them into a fresh territory that will display amazing sights and battles. The first film set the stage and now we’re ready to have a blast.”  [Play List]