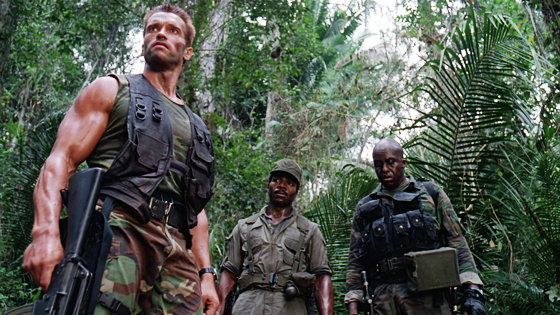 Looks like Shane Black has found his next landing spot after helming Iron Man 3 last year. The son of a bitch appears set to tackle a Predator reboot. And while I’d generally roll my eyes at the premise, it’s hard to deny Black’s talent.

We’ve already seen a new RoboCop and a revamped Terminator is on the way, but now the sci-fi action flick Predator is in line for a reboot. According to The Hollywood Reporter, filmmaker Shane Black is writing the treatment for the new project and is attached to direct it. Fred Dekker (RoboCop 3) will write the actual script itself.

Black rose to prominence in the 1980s as the screenwriter of action movies like Lethal Weapon and The Last Boy Scout. Save for the underrated Kiss Kiss Bang Bang, however, he had largely stayed quiet during the past decade — until he took on Iron Man 3. That film turned the Tony Stark formula on its head, with Black bringing his unique action sensibilities and sarcastic wit to the project. As a piece of trivia, Black actually had a small role in the original Predator itself (spoiler: his character didn’t survive) and given the meandering turns the franchise has taken since the 1987 original he might be a perfect fit to put a new twist on the familiar movie monster. [The Verge]