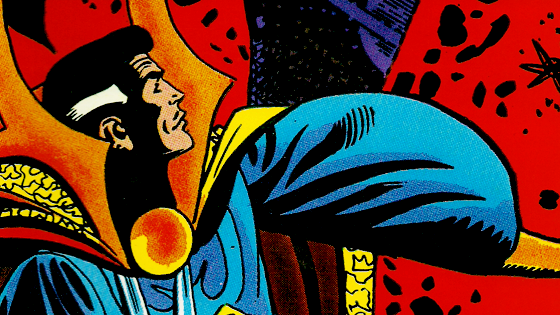 Oh god. Prometheus. Oh lord. Not only does it exist and it happened and I paid for it, but now it’s threatening to infect the Marvel Movie Universe. The writer of the movie’s first draft is now tackling Dr. Strange. Here’s hoping the Blight on the Face of The Alien Franchise happened after the good sir contributed his draft. I’m staring hatefully at you, Damon Lindelof.

Marvel recently announced Scott Derrickson (Sinister, The Exorcism of Emily Rose) as director of Doctor Strange (or Dr. Strange; we’re not certain which title will be used) and now one more piece of the movie’s puzzle has been revealed. Jon Spaihts, best known for writing the first draft of Ridley Scott’s Prometheus, and also for the sci-fi / romance / thriller Passengers, has been hired to script.

After the break, we’ve got a few more details on that hire, and also Derrickson’s own comments about the project.

Info about Spaihts comes from Deadline, and from the writer himself.

Spaihts is the latest in a line of people who have contributed to the development of Strange, but he’s likely to stick it out until the end. At one point, the film was being writtenby Thomas Donnelly and Joshua Oppenheimer. But now, word is they want to get started ASAP and have an impressive list of actors they’re going after for the lead role.

Who will play Strange, the surgeon who becomes the Sorcerer Surpreme of the Marvel Universe? We don’t know yet, but there is (of course) a short list. That list includes Benedict Cumberbatch and Tom Hardy, as previously reported, and Jared Leto is also officially on the list. That said, Leto was recently reported as the likely successor to Will Smith in Brilliance, which could rule out Strange. [/Film]