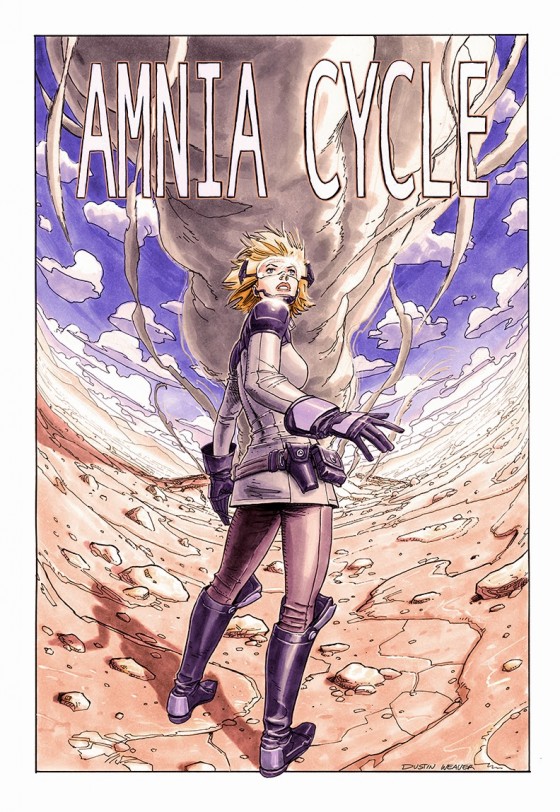 Dustin Weaver is best known for his work on such Marvel titles as Infinity, Avengers and S.H.I.E.L.D., but he’s also been busy creating his own space epic that most likely didn’t know existed: Amnia Cycle is a longform story that follows a space pilot named Tara and a bizarre alien life form named Amina. Weaver has drawn, and published online, three full issues of Amnia Cycle with plans to begin serializing the fourth “chapter” later this month.

Although Weaver has been seen primarily as a cover artist since the end of Infinity, that will change later this year with Marvel’s newly announced Edge of Spider-Verse series, which he’ll both write and draw. Senior Editor Nick Lowe told Comic Book Resources last week that Weaver’s work on Amnia Cycle helped secure him the writing gig.

Don’t be surprised to see Image Comics or some other publisher swoop in to release Amnia Cycle in print. Bu for now you can enjoy the first 66 pages — and possibly more — for free online. [Robot 6]