‘PACIFIC RIM 2’ script is being written! Del Toro and Zak Penn helming it 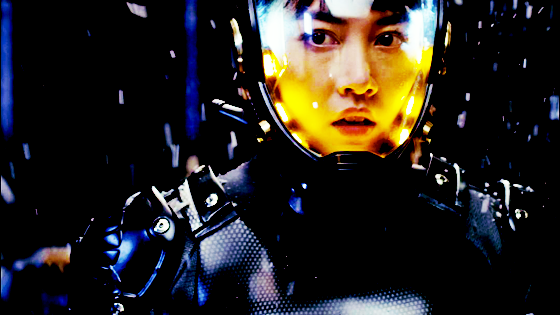 Pacific Rim 2 may not be definitely happening, but at the very least it’s going to have a script. Del Toro is working on the Rim’s sequel with Zak Penn, who you may recognize from somehow being a contributor on for both X3 and The Avengers. So here’s hoping his work on the movie is far more Avengers, far less “I’m the Juggernaut, bitch!” references.

Del Toro offered the Pacific Rim 2 update during a chat with Buzzfeed. “I’m working very, very hard with Zak Penn,” he said. “We’ve been working for a few months now in secret. We found a way to twist it around.”

Plans for Pacific Rim 2 have been in motion for quite a while already. Del Toro and Beacham were hired to write the sequel months before the original even opened, and even as del Toro has shifted his focus to other projects, like Crimson Peak, he’s continued to stress thatPacific Rim 2 is in development.

However, Beacham is too busy for jaeger-kaiju action at the moment. “Travis Beacham was involved in the storyline and now I’m writing with Zak because Travis has become a TV mogul,” del Toro explained, referring to Beacham’s upcoming Fox series Hieroglyph.

While Pacific Rim 2 hasn’t officially been greenlit, Tull has suggested that he’d be up for it under the right circumstances. “We’re not just going to do Pacific Rim 2 just to do it,” he said back in May. “Right now we’re talking to Guillermo del Toro. If we can crack the story, we all think it’s great, and it’s him at the helm, then fantastic. But right now there’s nothing going on officially to proclaim.” [/Film]