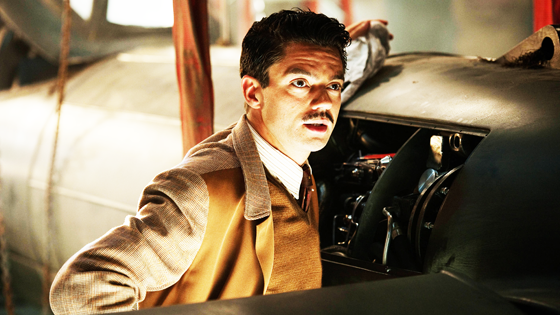 File this shit under: Makes Total Sense. Howard Stark is one of the co-creators of S.H.I.E.L.D. (what?) along with Peggy Carter. So it stands to reason that Mr. Stark shall be appearing on the Agent’s upcoming television show.

We don’t know much about Marvel’s plan for Agent Carter, its televised spinoff of both the Captain America movies and Agents Of S.H.I.E.L.D., but that’s fine. We don’t need official Marvel-sanctioned press releases when Hayley Atwell, Agent Carter herself, is totally cool with casually filling in those holes for us.

Speaking with The Telegraph, Atwell mentioned how excited she is to get on theAgent Carter set and start playing pranks on Dominic Cooper, who she says is “incredibly naughty.” Cooper, of course, played Howard Stark—Tony Stark’s father—in Captain America: The First Avenger, and this is actually the first seemingly official confirmation that he would reprise that role in Agent Carter.

It took Agents Of S.H.I.E.L.D. almost its entire first season to realize that it should directly tie into the Marvel movies if it wants any actual stakes, but it seems likeAgent Carter is going to be a little more conscious of that from the beginning [AV Club]