Archives
« ‘MIGHTY NO. 9’ Gameplay Footage: A Mega (Man) Nostalgia Boner
Cosplay: RED from ‘TRANSISTOR’ is a melodious tune. For our eyes? IDFK. »

ADAM MCKAY has been OFFERED ‘ANT-MAN’ 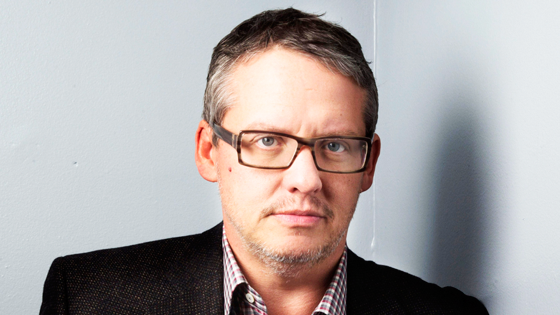 As The Ant-Man Turns. From Wright leaving, to three directors being considered, to apparently Adam McKay being offered the gig. Busy fucking week! Busy fucking day! He ain’t fucking Wright, okayIknowthat, but I think I could really enjoy McKay helming the project.

All day today we’ve heard about the people who might direct Ant-Man in the wake of Edgar Wright‘s departure. A list of three potential directors was circulated, featuring Adam McKay (Anchorman, The Other Guys), Ruben Fleischer (Zombieland, Gangster Squad) and Rawson Thurber (We’re the Millers). While Thurber was said to the the frontrunner just hours ago, a conflicting but reliable report says that McKay (left, above) is now in talks to make the movie.

AICN reports that Marvel has extended an offer to the director, and that the deal is expected to work out. The info comes from the site’s writer Jeremy Smith, who does not casually throw out untested information.

This is good for a few reasons.

First and foremost, Ant-Man star Paul Rudd clearly has a rapport with McKay. And McKay’s work on The Other Guys shows that he can do all-out action when he wants to. (McKay was also trying to make another comic book film, The Boys, for years.) [/Film]