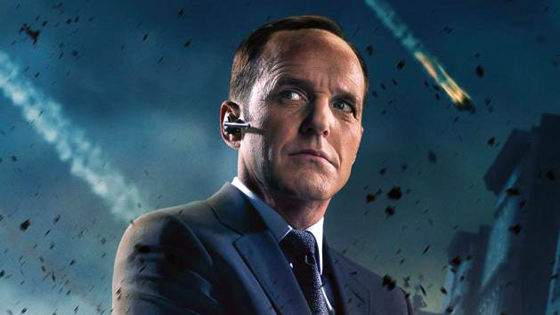 Clark Gregg wants Agent Coulson to get into the Marvel action poppin’ off on Netflix. The geek-turned-actor has lamented that he will be “totally butt hurt” and “rife with fanboy gloom” (I’m paraphrasing) if he doesn’t get a shot to act next to whomever shall play Danny Rand. I mean yeah dude I appreciate your zeal and shit, but like. Everybody in the MCU thinks you’re mortis.

If Clark Gregg has anything to say about it, there will be no corner of the Marvel Cinematic Universe left untouched by Agent Phil Coulson.

In a recent interview with Movie Pilot, the star of Marvel’s Agents of S.H.I.E.L.D. revealed his desire to appear in one of the upcoming live-action series announced in November as part of unprecedented 60-episode deal between Marvel and Netflix.

“I’d be really disappointed if I don’t get to show up in New York for Daredevil, or Iron Fist was a huge favorite of mine in comic books as a kid,” Gregg told the website. “I’ve had more than my share so I shouldn’t be greedy but it would be a huge geekout moment for me if I got to meet Daniel Rand.”

Gregg, whose character was famously “killed off” in The Avengers, only to return in Agents of S.H.I.E.L.D., was also asked about the possibility of reprising the role in the sequel Age of Ultron.

“I don’t think so,” he replied. “I think I would have heard about it by now, but I must say as a qualifier, the only way I ever hear about stuff like that is I get a weird phone message with not the right number of numbers on it and somebody says, ‘We need to talk to you.’” [CBR]