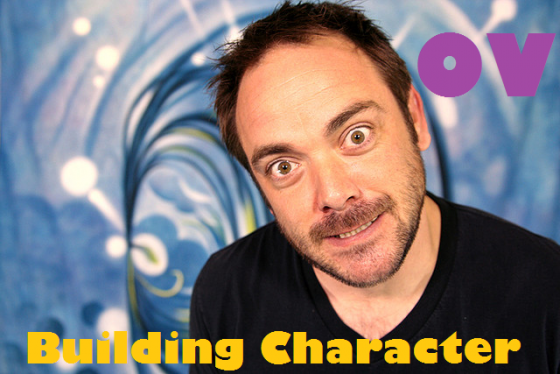 Character actors are the backbone of Hollywood. They do most of the heavy lifting; get little of the pay and almost none of the notoriety. That last one might be a blessing though. Anyway they are the unsung heroes of movies and television. So here’s my shout out to my favorite character actor. 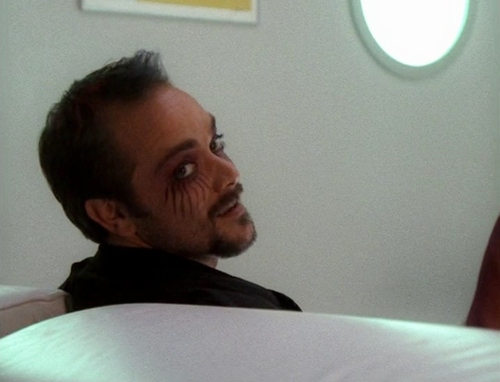 Meet Mark A. Sheppard. If you’ve liked a television show over the past 20 or so years, there’s a good chance he was in it. My first run in with Mr. Sheppard was in a little show called Sliders. If you read that in anything other than a hushed whisper, you didn’t watch it. Mark played a thug named Jack. In the episode, the Sliders gang ended up on a world where everybody communicated via computers and no one left their houses anymore, yet still did things like shower, put on make-up, and stay incredibly fit. Jack was not one of the privileged few who got to stay home all day and play video games and chat with their friends. No, Jack had to live in the streets with nothing but his wits to survive. Sure, he has a gang as backup, but other than that, he was a lone wanderer. He was as tough as they got, and I believed. Because Mark Sheppard made it so. 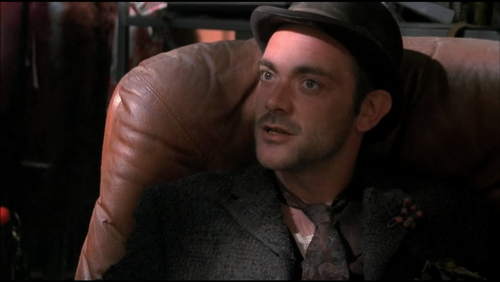 It was a few years after that that I met Mark again, this time, it was as the iconic Badger in a little show called Firefly. If you need me to explain who this is to you, you’re on the wrong website … fine I’ll do it anyway. Badger is a street smart thug who operates an interplanetary crime ring. He’s smart enough to stay out of the core planets, where the Alliance polices, and not quite crazy enough to head out the frontier worlds. He’s carved out a nice little niche for himself. Its still my favorite role of his. One of the things we lost when Firefly was taken from us is the brilliance of what Badger would add to the world as the show went on. 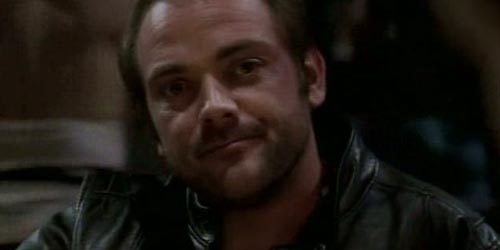 Mark and I briefly bumped into each other in the show Jake 2.0. It was pretty much a rip-off of the show Chuck if rip-offs were produced before their counterparts existed. Ok fine, it actually did kinda rip-off the Six Million Dollar man, but why are we arguing about a cancelled show that existed over a decade ago? This is about the awesomeness of Mark Sheppard. In this episode Mark played a member of a special covert group of secret assassins called The Wolf Pack. Reread that last sentence for a sec. I think the writer may have been a seven year old at the time. Anyway, his group stole a nuke and some stuff happened and the good guys won. I don’t remember much about this show, but Mark was great, as usual. 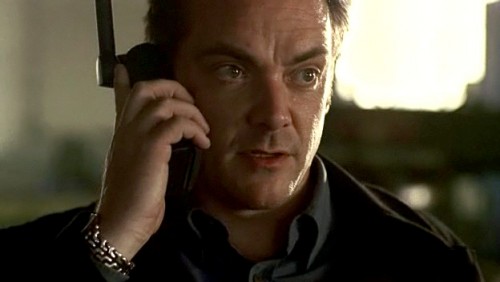 Mark and I didn’t see each other for a long time after that. He did mention that he was in a little show called 24 that apparently some people liked. I guess he played a guy who wanted to kill the president or some shit. 24 seemed a little convoluted for me. Anyway, I’m sure Mark was great.

When Mark and I did finally catch up, he said he was had a plan to make a quick buck. Had I known Mark would turn to robbing banks, I would have cautioned him against it. Especially in Miami. You see, Mark was playing a man by the name of Tom Prescott, and he was about to tango with an ex-spy. Two of them in fact. Ok, so only one of them is an ex-spy and the other one is an active member of the NSA, the point is it’s a difficult task. In his stellar episode of Burn Notice, Mark plays a game of mental chess with these trained operatives. In the end, his crew is disable or dispatched and Prescott must make a run for it. The show ends with him being arrested, but I like to think he had a slick as hell lawyer and got himself probation. 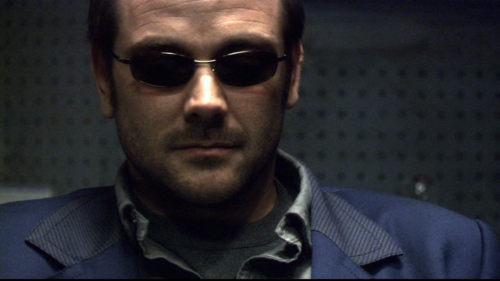 Next Mark would go back into space. He played Romo Lampkin, a man so cool that his normal body temperature is a brisk 63 degrees. If you watched Battlestar Galactica, and paid close enough attention to it, you’ll realize that the show took place from Romo’s point of view. Sure he didn’t show up until the later seasons, but it was all just a slow build to reveal to us, the man who would save everyone. 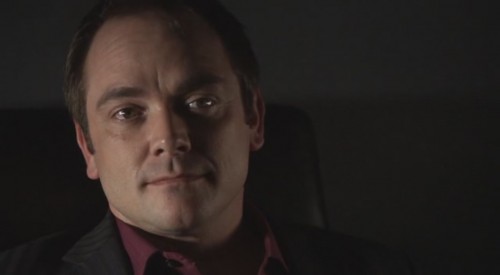 This brings us to the last time I met Mark. He was in a show called Leverage. Leverage is a show about a group of thieves who decide to work together to steal and con bad people. The show’s tag line is “sometimes bad guys make the best good guys.” So in this crazy mixed up muddled up world, Mark plays a fellow by the name of Jim Sterling. Jim starts out as an insurance agent trying to catch the crew. So in essence, he’s the hero.   Through the series he’s the only one who can match wits with a crew of elite thieves and not only hold his own, but win most of the time.

This ends my journey with my favorite character actor. Every time I see his name in the opening credits of a show or movie, I know what I am going to get … the best.

So who is your favorite “That Guy” actor? Please someone say Lennie James.