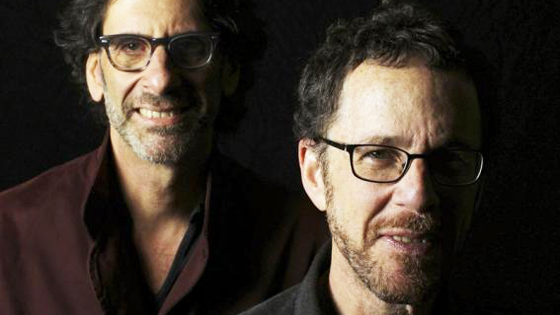 It’s a power couple! Made up of three people! A Domination Triangle? Eh, whatever. The Coen Brothers are rewriting a script for Stevey Spielberg based on a true-life Cold War drama. I am fucking sold already, folks. Sold. Already.

Would you watch a Steven Spielberg movie starring Tom Hanks, written by the Coen Brothers? Yeah, thought so. Last year, Matt Charman wrote a true-life cold war drama that tells the story of a US attorney who negotiated with the KGB to secure the release of a spy plane pilot. Tom Hanks came on board, and Steven Spielberg was recently attached to the Dreamworks project. It’s at the point now where the film is being talked up as one of the most likely next projects for the director. And now Joel and Ethan Coen are rewriting the script.

The film will tell “the true story of James Donovan, an attorney who was put into the center of the Cold War when he negotiated the release of downed U-2 spy plane pilot Gary Powers.”

THR reports the basic details of the Coens doing the rewrite, but we don’t know how extensive their work would be. The basic story sounds like one in which the brothers would find a lot of strange, dry humor; I almost don’t want to think about it too much, however, because I’ll start to want to see the version of the film that the Coens cast and direct themselves. Their tone isn’t one that I would immediately choose as something that seems like an obvious match for Spielberg, which makes this project all the more interesting.

If things work out, Dreamworks wants to shoot the film in September, which would probably make this Spielberg’s next film. [/Film]