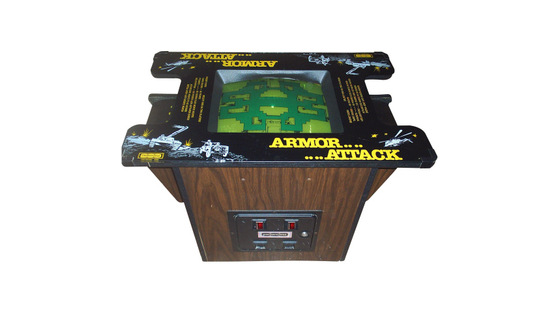 Here’s something that happened. Some power-gaming quasi-lord just broke the record for longest consecutive run on one quarter. 85 fucking hours. I can’t relate to doing anything for so long, or for even wanting to. But I can still tip my cap.

Armor Attack, an arcade game from 1980, was part of two record-breaking achievements this week when John Salter of Oakland, Ohio shattered not only the previous high score, but also the previous record for longest time played on a single credit. As reported by Patrick Scott Patterson, Salter managed to hold out for 85 hours, 16 minutes before he finished his run with 2,211,990 points.

Although the game itself ran without pause, Salter himself took power naps throughout his marathon, using extra lives he’d built up as a buffer so that he wouldn’t lose. The previous record for longest gaming session on a single credit was 84 hours, 48 minutes, set by George Leutz on a game of Qbert. The previous high score on Armor Attack was 2,009,000, set by Tom Larkin in 1982.

We assume that shortly after his victories, Salter removed his glasses, revealing that he was Superman all along, and flew off into the sunset. [Joystiq]