Archives
« Disney buys YouTube network MAKER STUDIOS. THEY WILL ASSIMILATE EVERYTHING.
YOU JEST?! – ‘COMMUNITY’ movie could be happening. Justin Lin may direct. » 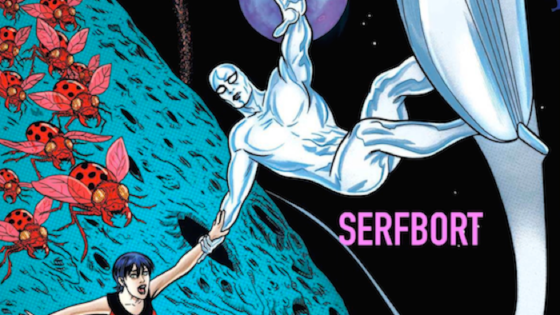 Welcome once again to BTFC, the one place you need to check before hitting the LCS, Comixology app, torrent site, or the great comic book black markets that reside in the backrooms of White Castles all across the continent.  The rules here are simple:  I’ll run down the list of what I’m grabbing, on the condition that you tell me what you’re picking up in the comments below.  This week brings an absolute shotgun blast of talent to the stands – from relative newcomers like Ales Kot and Simon Roy, to industry titans like Neil Gaiman, Mike Allred, and Paul Pope.  So fill the tub up halfway, hit the jump, and let’s get started, shall we?

A full list of this week’s titles can be found HERE.

When our own intrepid Omega Level ace reporters asked comic artist Ulises Farinas what his favorite space-ship was, his answer was simple, and also simply blew my mind:  the Silver Surfer’s Surfboard.  Up until that point it never really dawned on me that that’s what it was, and Farinas was so completely right.  Sure the Millenium Falcon is the fastest hunk of junk in the galaxy, and Serenity feels homey and lived in.  Sure the Enterprise has all the bells and whistles a utopian future can offer.  But to sail the cosmos, carving the solar winds with nothing between you and the vacuum of space but a thin layer of the fuggin Power Cosmic??  Yeah, the Surfer wins for sure.  Norrin Radd is back this month as another book in Phase 2 of the All New Marvel releases – this iteration courtesy of Dan Slott and Mike Allred.  I’m not particularly familiar with Dan Slott’s work, but I can’t say I’m a fan of the concepts he was working with on the Spider-Man books.  However, I am a huge Mike Allred fan.  His artistic style is the blessed combination of Jack Kirby and Steve Ditko, without ever really feeling like a copy of either, and his books pop with exquisite line work and an abundance of color.  If the book manages to channel the Lee/Kirby run on Surfer – filled with mad ideas, pathos, and beautiful space vistas – count me in, brothers and sisters. 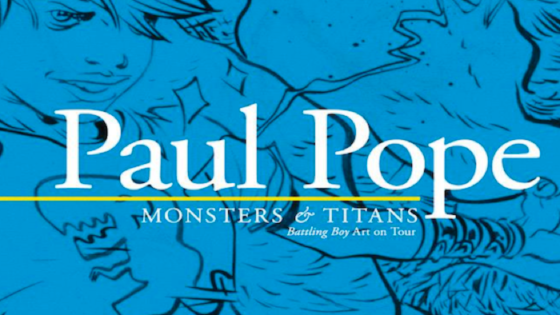 After the release of his acclaimed book Battling Boy, Paul Pope took all the original art from the series and began to tour with it across the US and Europe – presumably so audiences could see it better than the shrunken digest form it was crammed into (I keed, I keed).  This book will attempt to bring that tour to the reader at home, with vibrant photographs of the original art boards, as well as essays on Battling Boy, Pope’s art, and his influences.  This is simply a must have for fans of the story, fans of Paul Pope, or fans of the medium in general who want to get an idea of the painstaking processes of a sequential artist. 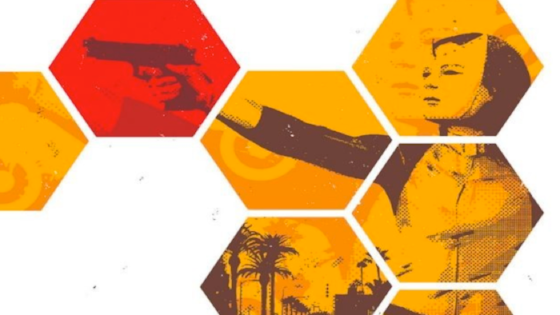 Goddamn do I love this book.  Like, reeeeally love it.  I am constantly surprised (and I don’t know why, I should expect it by now) by how much heart, soul, and compassion Fraction injects into the characters of this book.  And the message or theme of Hawkeye, that no man is an island, and we all get by with a little help from our friends, really hits home, and is such an easier and more accessible pill to swallow that “with great power comes great responisibility.”  This issue swings us back to the West Coast Avenger, Kate Bishop, and her adventures as a detective in the City of Angels.  I love the fact that Elliot Gould’s Philip Marlowe (one of the coolest motherfuckers to ever hit the screen, as seen in Altman’s “The Long Goodbye”) is her spirit guide during her sojourn – and this issue shows us he might be something more. 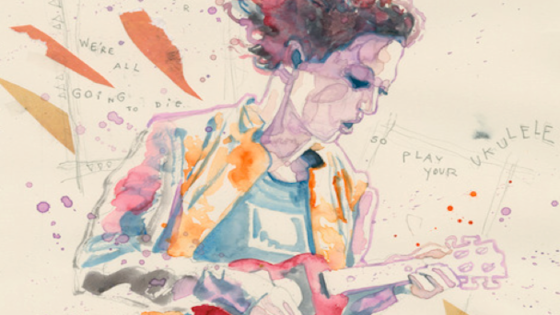 Featuring a cavalcade of talent (Amanda Palmer, David Mack, Alan Moore, Molly Crabapple, Art Spiegelman, Mike Allred), this is the collected version of the series created in response to the Occupy Wall Street of 2011.  With a book so chock full of talent, and delivered with a message, it is a must have for my shelf. 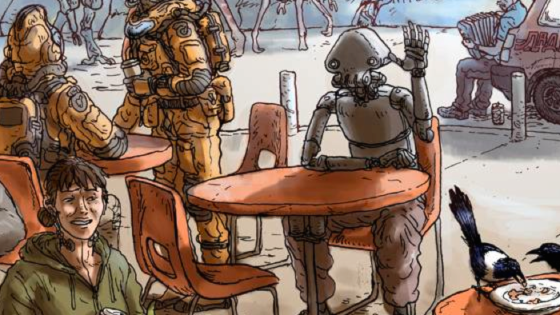 I don’t know how the workload is divided on Prophet between Brandon Graham and Simon Roy, but their collaboration has brought about one of the most inventive and bold sci-fi/fantasy series to hit the stands in recent years.  Here Roy is on his own, and I’m excited and thrilled to find out what he can do on his own. 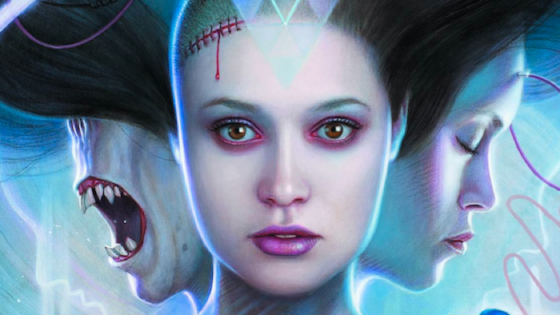 Issue two brought more of the same intensity, humor, and thrilling heroics that reminded us why we missed the TV show.  For the first time since the film, the look and feel of the show was finally back for the fans.  Also back – Jubal Early, one of the coolest fucking villains I’ve seen in a while.  Part Boba Fett, part Anton Chigurh, this bounty hunter is as devilishly cunning as he is lethal, with a side of the crazies.  This book is quickly becoming the “Top of the Pile” book each week that gets read first because I can’t wait to see what happens next. 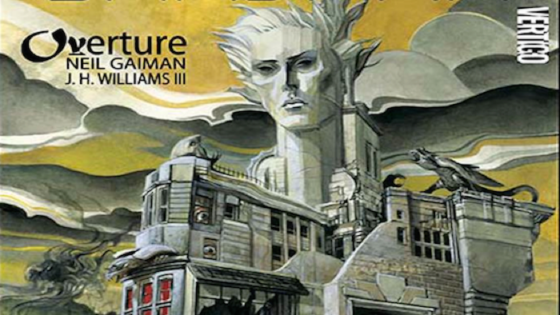 Yes, I will gladly wait an extra 4 or 5 months for more stunning JH Williams artwork on Sandman.  Rather than rotate the artists on the book, DC is wisely letting the art unfold from the pen of Williams naturally (read: slowly), and that means fans of series are getting one of the prettiest Sandman stories in the history of the book thus far.  For those willing to wait longer, I’m sure the book will look equally as brilliant in a collected volume. 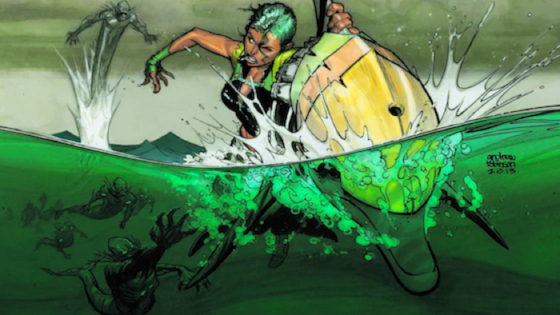 Still one of the coolest sci-fi thrillers on the stands.  I really wish we were given more time to explore the future world presented to us in this second half – I feel Snyder could have fleshed out this world a bit better with a couple extra issues, only because I think there is plenty more story to tell – but I remain excited by the premise of a country half-underwater and besieged by monsters. 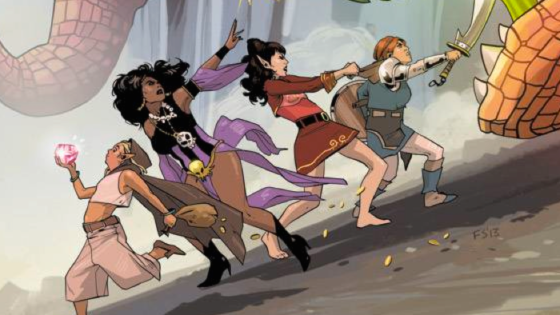 I keep plugging this book because it is one of the most consistently fun and funny books on the stands.  Plus, great art and brutal violence.  No better time than today to hop on board, as Image continues the grand tradition of $10 trades for the first 5 issues.  Dooooo iiiiiiiiit.  Bonus!  Cover is by Saga artist Fiona Staples! 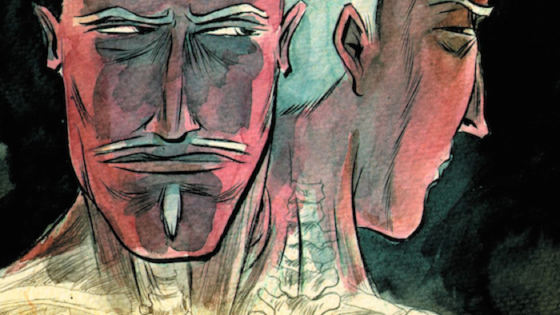 We thankfully here at OL don’t delve into current events outside the realm of pop culture too often, but I wanted to take this opportunity to do so, because I think we can always find parallels between the worlds we create and the real world.  A couple weeks ago when a friend asked me what I thought about a Boeing Triple 7 just disappearing, I told him that the ocean was a big place – HUGE – and that it didn’t much surprise me.  A tragedy, to be sure.  And a mystery – a crazy one.  Flight MH370 immediately brings to mind in the pop-culturally aware of the Oceanic 815, the passenger plane that disappeared just as mysteriously on the TV show LOST.  To make the parallel is to help us cope with the possibility of losing something that shouldn’t be lost.  Unfortunately, the truth is often more mundane, and certainly more tragic.  Now (presumably) found, there is likely nothing fantastical about the plane’s disappearance, though our minds were willing to take it there.  So what does any of this have to do with Mind MGMT, Hotsauce?  Well, Mind MGMT also deals with a strange occurrence on a passenger flight – nothing so deadly, but it taps into the same shared cultural fear of – and fascination with – flight.  Like the great episodes of the Twilight Zone (“Nightmare at 30,000 Feet” and “The Odyssey of Flight 33”), like Lost, Mind MGMT brings into focus the phenomenon of flight, and capitalizing on it being one of the most unnatural things humans are capable of.  It is a communal experience unlike any other – groups of relative strangers stuck in a room together high in our atmosphere, each time defying what gravity has meant for us, and each successful landing a shared victory among the passengers.  We create stories that reflect this with a deserved eeriness, and typically with some form of danger, because we all know the danger is present.  So when I was looking through the list today and saw Mind MGMT I was immediately reminded of MH370, and of the lost, and that the fictions we create help us cope, and help us grieve, and help us explain events that sometime can never be explained. 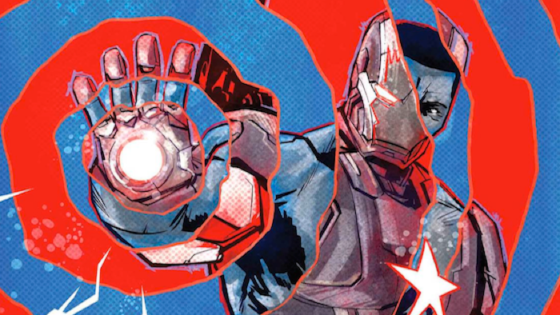 Ales Kot is back again this week – this time writing War Machine Iron Patriot.  You know, James “Rhodey” Rhodes?  Don Cheadle?  I loved Kot’s take on the Secret Avengers book (totally not as serious as I expected it to be – just weird and funny and action packed), so I’m down to try this first issue.  With art by vet Garry Brown (he’s been all over the place, but most recently on Brian Wood’s “The Massive”), this book looks to be pretty great!

Jonathan Hickman and Nick Pitarra bring one of the most consistently bizarre and hilarious alt-fictions to life each month courtesy of this book.  Science = BAD.

Imma be honest with ya’ll – I didn’t grab issue two.  I’m gonna catch up with the book this week, though, as I think it has potential.  I loved Wesley Craig’s art.  More Assassin High School Hijinks!

That’s gonna do it for this week, kids!  Hit us up in the comments below and give us your haul – did you guys know “haul videos” have become a thing?  WTF has our society become?!?!?!?!  I digress…

See ya next week!