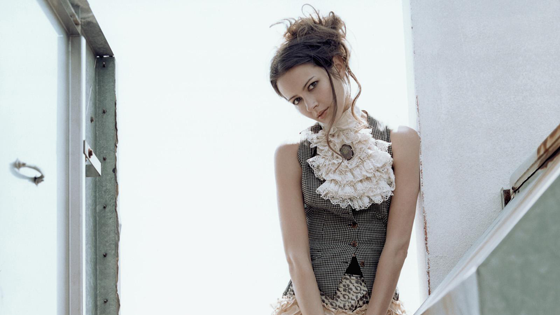 Man. You think Thor was seven-shades of rotting ass douche for not seeing Jane Foster post-Avengers? Fucking Agent Coulson has been running around back from the fucking dead for a serious minute now, and he ain’t contacted his beautiful bitty. But all of that shit is going to change now, according to latest casting news. Steel yourself for a proper slap to the face, Coulson.

Before there was a Kristen From Statistics in “Captain America: The Winter Soldier,” one of the most significant unseen characters in the Marvel Cinematic Universe was the cellist girlfriend of Agent Phil Coulson (Clark Gregg) first mentioned during “The Avengers” — but the mystery of the cellist’s identity is set to soon be revealed. TV Guide reports that “Angel” and “Dollhouse” alum Amy Acker has been cast as Audrey, Coulson’s cellist ex-girlfriend who will appear in at least one episode of “Agents of S.H.I.E.L.D.” TV Guide describes the character a “a talented musician turning heads in Portland, Audrey believes Coulson to be dead and has no idea that he’s guarding her from a distance as a super-powered threat from her past re-emerges.”

Acker and Gregg have worked together before, and recently — though their on-screen relationship was admittedly very different. The duo were both a part of Joss Whedon’s “Much Ado About Nothing” in 2012. Acker played Beatrice, the female lead, and Gregg played Leonato, her father. Currently starring on “Person of Interest,” Acker has been a longtime participant in Joss Whedon’s projects, starting with “Angel” and then moving to “Dollhouse,” where she worked with current “Agents of S.H.I.E.L.D.” showrunners Jed Whedon and Maurissa Tancheroen. In fact, during a recent “Agents of S.H.I.E.L.D.”-centric chat with the showrunners, Tancheroen teased that they were looking into casting a familiar face as Coulson’s ex. [CBR]