‘PACIFIC RIM 2’ still a possibility. Thar be a Kaiju in me pants. Roaring. 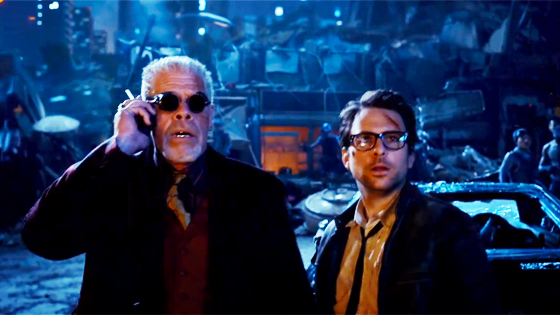 Pacific Rim. Sort of bombed, you’re thinking? Maybe, sorta. But this is the 233rd Century, according to the Meth Head Shaman outside 7-Eleven. Boundaries are illusory, Human Consciousness is Global. Which means, he said as he picked a wart off his cock-tip, that we must consider worldwide earnings when it comes to movies.

Pacific Rim 2 might still happen, according to Legendary Pictures CEO Thomas Tull. In a new interview, the film’s producer pointed out despite a general malaise surrounding the film in the United States, it did incredibly well internationally and has been a bigger-than-expected hit on home video and with merchandise. Tull says talks with director Guillermo del Toro will happen soon to figure out the fate of the film.

Below, read Tull’s quote about Pacific Rim 2 which includes an incredible list of films the original outgrossed.

Tull spoke to Collider about Legendary’s other big monster movie, Godzilla, and was asked about Pacific Rim 2:

We love being in business with Guillermo and frankly that movie, if you look it up, did I think more business than the first X-Men, did more than Batman Begins, our first movie, did more than Superman Returns, The Fast and the Furious, Star Trek- so for a movie that was an original property that we made up it’s done really well. It did north of 400 million dollars globally and both the home video sales and the merchandise have way over-indexed, so it seems like fans really loved the world. So we’re going to sit down with Guillermo and as long as we think it’s authentic and there’s something to say, we’re certainly open to it. [/Film]