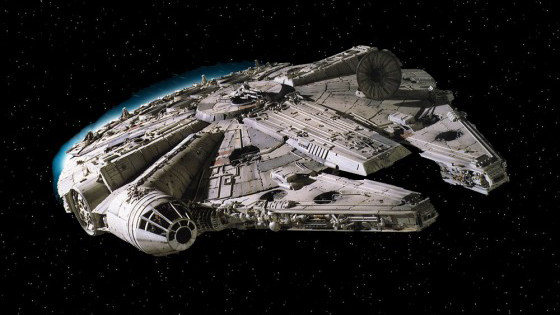 Let’s call it what it is – nonsense. But even speculating about nonsense gets me jacked+pumped+stoked+ready to stroke when it comes to the new Star Wars. Apparently maybe there is some Millennium Falcon concept art on a picture from the Lucasfilm site.

Hit the jump for the image in question. (It ain’t the image above.)

The Lucasfilm website recently relaunched with a slick new design showing off their decades of iconic work. Among the properties on the website is, of course, Star Wars Episode VII and in the “Production” section of the site, there’s an image of a production meeting. Attendees of this meeting include writer/director J.J. Abrams, Lucasfilm president Kathleen Kennedy, production designer Rick Carter, SVP of technology Kim Libreri, SVP of Physical Production Jason McGatlin and Senior Visual Effects Supervisor John Knoll. So this is pretty big time.

Most interestingly, though, are the images on the back wall. They clearly depict the Millennium Falcon as well as vast landscape and even Obi-Wan Kenobi. Are these fromStar Wars Episode VII? Explore the image below.

The image comes from this section of the Lucasfilm website. Here it is; click to blow it up. 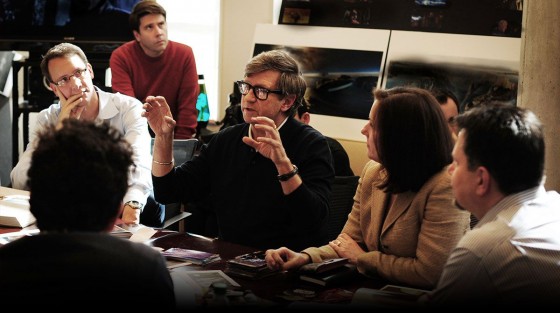 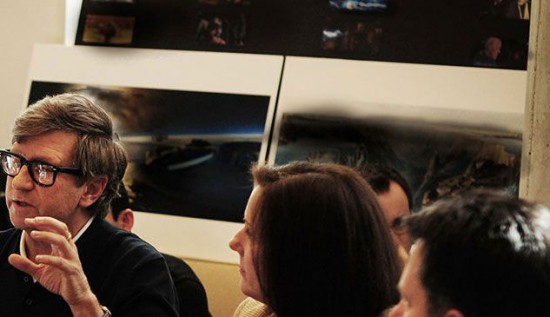 The image on the bottom left is clearly the back end of the Falcon flying to some sort of planet. The image on the bottom right looks a little like Geonosis or maybe even a remote part of Tatooine. But there’s a possibility it’s a whole new planet. On the top is a large image with four smaller ones embedded. On the far right we see what looks like Alec Guinness as Obi-Wan Kenobi but the rest are a little too small and blurry to make out.

So – do you think this is an actual Star Wars Episode VII production meeting? Are those images from the new film or from old films? I think Abrams, Carter and the whole team being there clearly being there suggests these are from Episode VII, but would Lucasfilm be so obvious?

My official stance: I actually have to sit down because I have a fanboy stiffy. My official stance while sitting down: this is an intentional “leak” designed to get losers like me dribbling in the pants. I’LL FUCKING TAKE IT.