Neil Gaiman’s ‘AMERICAN GODS’ getting another run at TV adaptation 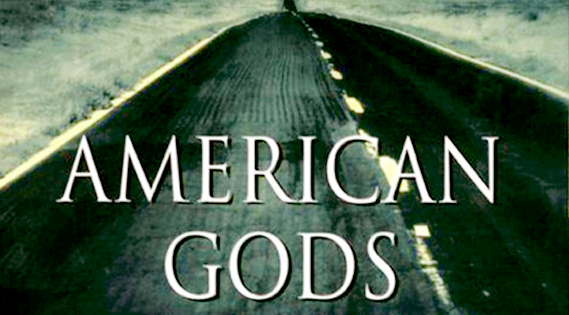 American Gods. Getting another shot at life as a television series. I’ve been sitting on this one for a few days. Talked to some lovely people on the OL Facebook page about it. Ruminated further.Still don’t know how I feel about this.Ya see, it’s no longer being done over at HBO. Instead it’s being helmed by people responsible for some of CW’s lovely programming. (And not Arrow, okay fans of the show? I know I probably should be watching that.)

In 2011, HBO toyed with the idea of adapting Neil Gaiman’s 2001 novel American Gods as a series, only to drop the idea after network brass determined the show wasn’t a good fit—likely due to “not enough incest.” But, like the book’s immortal subjects, the idea of bringing Gaiman’s book to television is eternal. Fremantle Media—the production company currently adapting The Returned for A&E, as well as Carl Hiaasen’s Basket Case for Spike—has now snapped up the rights to Gods, and are again working on turning it into a series with Gaiman on board as a producer.

In the world of the book, an ex-con encounters a pantheon of gods, including figures from Norse, Egyptian, Slavic, and Algonquian myths, and many others. Bereft of believers in the modern age, these gods are not as mighty as they once were, yet they still roam the land of mortals—squabbling, scheming, and trying to engineer a return to power.

I mean…wouldn’t this have been perfect as an HBO show? Not just the high production values that would have been brought with it. But also the proper channel for handling all sorts of things, from violence to sex, whatever. Alas. We will see. How do you folks feel about it?