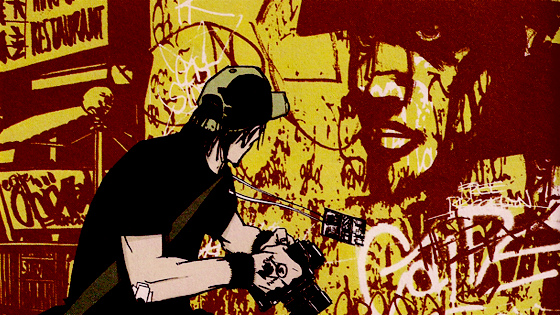 Add another to the list of DC Comics title in development as a TV show: Deadline reported Wednesday that Vertigo series “DMZ” is in the works at Syfy, with former “Mad Men” writers and executive producers Andre and Maria Jacquemetton at the helm.

The Jacquemettons are on board to write the pilot, and executive produce with “Gravity” and “Harry Potter” producer David Heyman, who has also been attached to the feature film adaptation of Vertigo’s“Fables.”

Written by Brian Wood and illustrated by Riccardo Burchielli, “DMZ” starred Matty Roth, a photojournalist stuck in a Manhattan that’s become a demilitarized zone due to a second American Civil War. The series ran for 72 issues between 2005 and 2011, as part of DC’s mature readers imprint, Vertigo.

During their six seasons on “Mad Men,” the Jacquemettons — who have an overall deal with Warner Bros. TV, part of Time Warner corporate entity like DC Comics — shared in multiple Emmy victories and nominations.