Matt Fraction spits about why he left ‘IRON FIST.’ Makes sense, still bums me out. 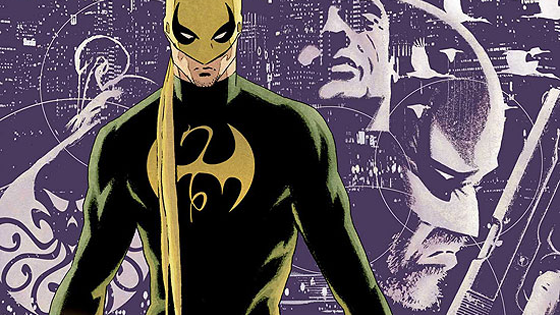 For but a moment in time, Iron Fist was the fucking jam. Ed Brubaker, Matt Fraction, and David Aja collaborated on one of my favorite runs in the last…five years? (I’ll be honest I can’t remember when this run took place — blame the caffeine and the psychoactives.) It burned oh-so-brightly, and then like that it was gone. Unlike Thor: The Mighty Avenger though (another criminally under appreciated title in my book), it wasn’t canned. The team just sort of…left. Now Matty Fraction gives some insight into the why.

“Ed [Brubaker] got too busy, so Ed had to leave. Sales were what they were — it was Iron Fist. It was critically acclaimed, and not losing money was enough. But David Aja was going to stop because of the schedule and other work, and Ed was going to stop because of his schedule, and I basically didn’t want to be the Mike Love of Iron Fist, the only original member left ruining what you remember about the band. So I said alright, we’ll stop at #16. I knew what my twist was, what my end was, I thought I’d do that sort of West Wing thing where you end with a “holy fuck!” moment for the next guys, and let them have fun building everything up and finding out what the new status quo is. So it felt more important to go out on a high note with everybody happy, than to be the guy who ruined the book.”

– writer Matt Fraction, on why he left Marvel’s The Immortal Iron Fist with Issue 16, in an interesting discussion of his career from Rex Mantooth through The Order

God help you if you haven’t partaken in this series. It’s short, it’s sweet, it’s goddamn cheap on Amazon.