J.K. Rowling: Hermione should have gotten with Harry. Oh word? 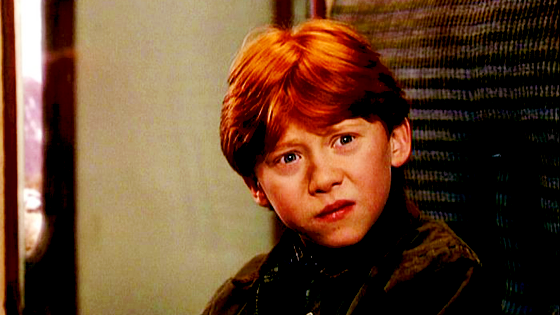 If you’re one of those people who was all “Hermione+Ron OTP for lyfe bruh!“, J.K. Rowling is shitting on your Potter existence. Years after the Potter Saga ended in a shit-confetti explosion of fan service in that god forsaken epilogue, Rowling is coming out and saying she got the Hermione relationship wrong.

[While] Hermione may not have had any doubts about her feelings for Ron, authorJ.K. Rowling admits she did. In an interview with Emma Watson, who played Hermione in the movies, Rowling confessed that she regretted having Hermione end up with Ron and that she should have put her with Harry instead. Read her comments after the jump.

The U.K.’s The Sunday Times picked up the details of the interview, which will be printed in an upcoming issue of Wonderland magazine. The paper’s front-page headline declares that “JK admits Hermione should have wed Harry.”

Rowling explained, “I wrote the Hermione/Ron relationship as a form of wish fulfillment. That’s how it was conceived, really. For reasons that have very little to do with literature and far more to do with me clinging to the plot as I first imagined it, Hermione ended up with Ron.”

The author seemed very aware of the potential backlash from her fans. “I know, I’m sorry, I can hear the rage and fury it might cause some fans, but if I’m absolutely honest, distance has given me perspective on that,” she added. “It was a choice I made for very personal reasons, not for reasons of credibility. Am I breaking people’s hearts by saying this? I hope not.”

Any dedicated fans want to weigh in? I don’t really know what to make of this. I’m not an fervent supporter of any of the relationships, so I’m pretty much shrugging and going on my way.