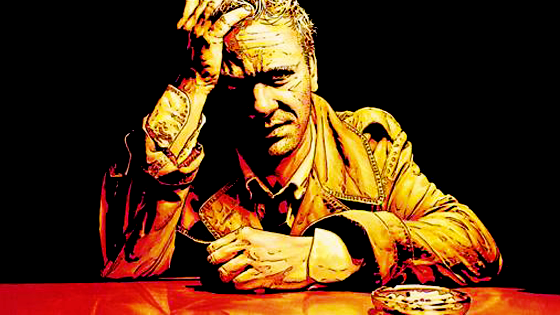 How do you do your best to mitigate the insipidity that is bringing the grizzled, Hard-R character John Constantine to regular television? Well. You cancel the pilot. But if you’re not going to do that, and we both know NBC isn’t, then you bring in dude who directed one of Game of Thrones‘ biggest episodes.

NBC’s Constantine just keeps trucking. The last we heard from it NBC was sending out casting calls for three supporting characters, one of whom is probably sidekick William “Chas” Chandler, while the other two—“Liv” and “Manny”—could be non-comics creations. No casting decisions have been made—or at least publicly announced—yet, but we do know who’s going to direct the pilot episode: Neil Marshall.

He’s the guy who directed “Blackwater,” the penultimate episode of Game of Thrones‘ second season. You know, the one where everything was explodey and green and Sansa verbally bitchslapped Joffrey. It was a good moment. Marshall is also in charge of season four’s penultimate episode, which he’s said will have “a bit of drama and tragedy,” because he is a master of understatement. More recently Marshall directed the season premiere of Black Sails, which I’ve heard good things about, though the fact that it’s often referred to as “Michael Bay’sBlack Sails” puts me on edge. (I don’t care if he isn’t involved in the day-to-day of the show. That’s not a name I want to see attached to something.)

And now Consantine gets him. Guy knows how to direct an engaging hour of TV, so maybe this reassures some of the people on the fence about a major network adapting the somewhat, uh,dark source material? At least the one guy they’ve gotten so far is good at his job. Or maybe I’m being too optimistic.