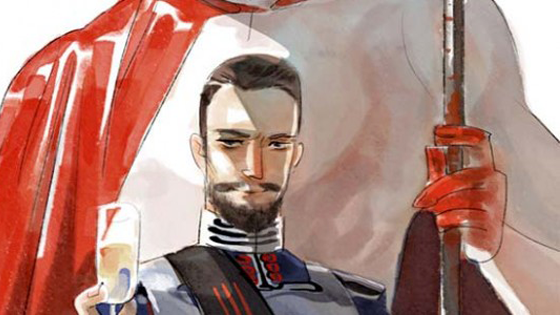 So fucking ill. Nana with warts on her butt hole shades of ill. Brandon Graham is creating a shared sci-fi universe “8House” over at Image Comics, and the whole thing sort of smacks like a Graham Universe. A collection of mini-series taking place in a shared universe, creator-owned characters, and creativity out the ass. I am fucking there.

Brandon Graham is known for both his skills as the Eisner Award-winning cartoonist behind “King City” and“Multiple Warheads,” and his readiness to speak his mind — no less of a source than Rob Liefeld said last fall, “No one talks trash like Brandon Graham.”

So it was a safe bet he’d step on stage earlier this month at Image Expo in San Francisco with something bold. At the event, Graham announced “8House,” a series of sci-fi/fantasy miniseries set in a shared universe, with multiple creative teams contributing and a story involving projecting minds into dead bodies and monsters, in a world unified by eight magical ruling houses.

Give me this. Put it in my guts.