‘JUSTIFIED’ ending after its sixth season. No, Raylan! No! 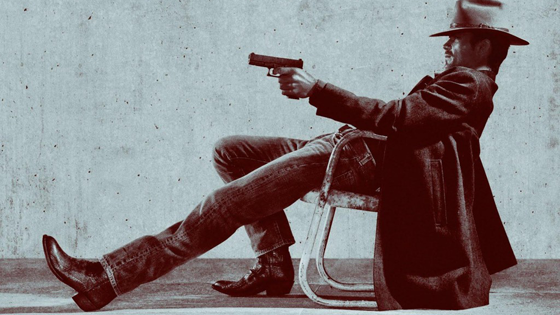 All fantastic things must come to an end. Even Justified, which is my favorite television show currently airing. All fantastic things could also usually use some semblance of an end point to aim towards. So while I’m a bit butt hurt that Raylan’s adventures have a little less than two seasons left, I’m glad the writers have a trajectory they can keep in mind while they plot.

It looks like the time is coming for Deputy U.S. Marshal Raylan Givens to hang up his hat. With “Boardwalk Empire,” “The Newsroom” and “Mad Men” all set to start their journeys toward the end, another cable staple is making plans to say goodbye.

FX CEO John Landgraf revealed today at TCA that an endgame plan has been put together for the critically acclaimed hit show “Justified.” The Timothy Olyphant-starring series is currently in the midst of season five, and it looks like season six will be its last. “It was really [executive producer] Graham [Yost] and Tim Olyphant’s decision [to end it],” Landgraf said. “We talked about it a year ago, and they felt that the arc of the show and what they had to say [fit better with six seasons than seven]. Regretfully, that’s their decision.”

Given we’re now in a climate where final seasons are split (thanks AMC!), who knows when the end of “Justified” will really come. But it’ll have to get to season six first, as it hasn’t officially been renewed just yet, and ratings for the season five premiere were 20% lower than season four