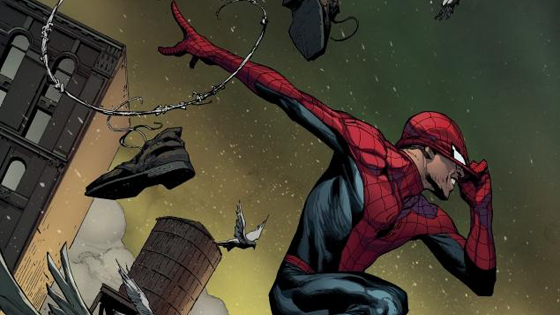 Spider-Man has had a decent stay as a “Superior” hero, but now it’s time to get back to basics and become “Amazing” once again. Following the leak that Dan Slott and Humberto Ramos will launch a new “Amazing Spider-Man” series as a part of All-New Marvel NOW! later this year, The New York Daily News has not only confirmed the series’ existence, but revealed that Peter Parker will be back in control of his body by the series’ April debut.

“We’ve gone over 30 issues without Peter Parker, so when we let him out of that box and he gets to put on that costume again and he gets to swing through the sky, it’s going to be the greatest feeling,” Slott told the New York Daily News