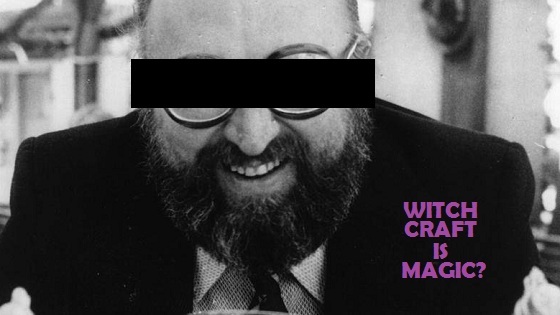 The Pie-Eyed former-bibliophile was flabbergasted, which was new for him. Drunk?  Awkward? Socially maladjusted? Oh, he was plenty comfortable with these. But in this moment, he was straight-up flabbergasted.

“Goddamn boy, what’re you lookin’ so flabbergasted for?”

“‘Cause you says,” a youthful forehead was slapped by its own palm, “youhadda shackkup with a witch. A witch?!”

Absalom bellowed, “Oh yes! There’s no two ways about it, Susy’s a witch! Hell, she has to be the witchiest witch I’ve ever come across in my time!”

“You mean with a cauldron and potions and brum-stick and all?”

Pie-Eyed was making the most of his ever-dwindling faculties to figure out what the hell Absalom meant. He lifted his drink to his lips, hesitated for a moment, and then drained the entire thing. “Wait! Wait! Did she have magical powers?!”

“Yes and no.” Absalom chucked to himself. “I mean, we can get into all sorts of discussions about ‘magic’ and of what it is composed. Access to supernatural realms? ‘Any sufficiently advanced technology,’ is that it? The ability to astound, to create scenarios that push the limits of imagination? Artistry? The ability to realize to turn an idea into a tangible product? Do any, or all, of these constitute magic?”

“So we’re coastin’ on fumes, and I swear to the Maker that we sputter to a stop right in Susy’s driveway! No damn brakes or nothin’! The jalopy croaks right in the driveway.”

“It sure seemed like it at the time.” Absalom sratched his grey-goin’-white stubble and flagged down the bartender in the hopes of getting some peanuts. “There we were, a carful of over-eager youths, sweatin’ testosterone and hankerin’ booze. And what was before us? A cabin that looks more like a palace, set woods that look more like a national park, with bonfires lightin’ up a keg-party that looks more like Saturnalia!”

“I’d take that bet – I stayed right where I was, didn’t unbuckle or nothin’.”

Once again, Pie-Eyed was flabbergasted.

“I know what you’re thinkin.’” Absalom swooped in with a preemptive strike. “How could I sit in the car with the prospect of inebriation and fornication mere yards before me? Well, I’ll tell ya,” the old-timer took a rip of Pepsi. “It’s `cause I knew about Susy’s reputation. I’d never met her before, but we ran in the same circles. And the word was that she was a goddamn man-eater. A seductress. A master of cardiac-vivisection. After I’d made the call to see if we could crash at her place, I told my crew that I’d be sleepin’ in the car and encouraged to do the same.”

“Hell no! The car’d barely come to a rest when those monkey-brains were already runnin’ towards the coeds, practically unzippin’ their flies as they went.”

Absalom Fabliaux, ever the consummate gentleman, slid the bowl of peanuts to the Pie-Eyed intern. When a passerby attempted to filch a peanut, Señor Fabliaux grabbed the interloper by the collar, growled that the “Yuppie Scumsucker better drop my friend’s nut,” and then dispatched him with a firm shove.

“I wish. At about three in the mornin’ I wake up to find my buddy Urie frantically bangin’ on the window, screamin’ for help.”

I’m going to show you some of the ways I’ll be keepin’ myself entertained over the next few days. Then, you (as an ever-faithful contributor to the Spaceship OL passenger-community), will hit up the comments section and do the same. Before all’s said and done, we’ll have had a nice round of digital show’n’tell.

Break the glass and grab your Emergency Word-Weapon!

Laughing at the uncanny prophecy-power of TRANSMETROPOLITAN as I re-read it on a tablet! 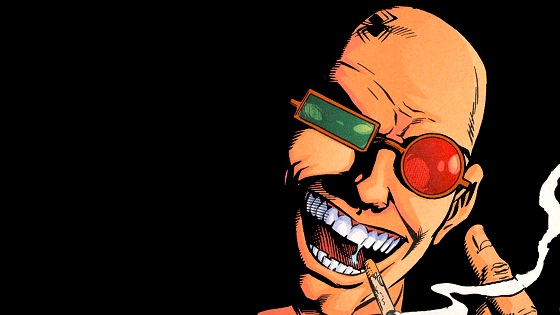 A few weeks ago, St. Nick drunkenly dropped his sack in the middle of my street. Toys and goodies spilled everywhere, resulting in a veritable bloodbath as my neighbors and I bludgeoned one another for them. Although Old Ms. Summersmith got the handgun I’d been hopin’ for, I walked away with an iPad.

For my first long-term digital comics experience, I’ve decided to re-read the uber-werk that is Warren Ellis and Darick Robertson’s TRANSMETROPOLITAN. Holy smokes was this a great decision. Last time I read this magnum opus, I didn’t know that society was built on a foundation of inherently flawed structures, with Truth being the greatest bogeyman of all. So seven issues deep, I’m shaking my head and laughing at just how right Spider Jerusalem, the spiritual love child of Hunter S. Thompson and Bill Hick, has always been.

Moreover, I’ve also been amazed at the accuracy of the futuristic predictions contained within. You use Twitter? Spider uses AmFeed the disseminate news. Intrigued by 3D printing? Well, Mr. Jerusalem heavily relies on his home Maker. Energy-boostin’ drinks and frighteningly mundane TV and an ever-escalating integration of humanity and technology? It’s all there.

And by reading TRANSMET on a tablet, I’m living in the very future it predicts.

Closin’ my eyes and jammin’ to the rhythms of the night with BASTILLE.

For the last two hours I’ve been bumpin’ all sorts of cuts by BASTILLE.

Truthfully, I know nothing about this group (I think it’s a group), other than the fact that their jams are tight as hell. So if anyone out there can point me in the direction of a solid album/EP/whatnot, it’d be appreciated.

Until then, I’ll just keep cuin’ up the YouTube videos.

Seekin’ THE PENULTIMATE TRUTH about PKD and fiction and reality!

The Penultimate Truth is a rad-as-hell documentary that explores the life and work of Philip K. Dick. If you have any interest in the author, science fiction in general, or the idea of shifting notions of reality, this is a must-watch. I know there’re some other PKD documentaries out there, but this is the best one I’ve ever seen.

Whereas others are invested in either mythologizing *or* debunking PKD’s more mystical inclinations, TPT does a great job of interviewing friends, family members, and acquaintances from either side of the aisle.

Headbangin’ to …AND JUSTICE FOR JASON!

Do’ya love Metallica’s …And Justice for All album but wish that the bass was actually put into the mix? Oh snap, me too! Fortunately, we can now bask in the glory of a fan-remix which sees the low end actually integrated into the album! Let’s all believe in liberty …And Justice for Jason!

So that’s my week — digital comics and vapid pop music and documentaries and remixed metal albums!