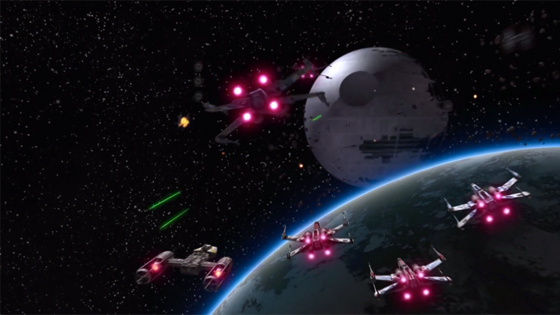 Oh god. Oh yes. Star Wars: Attack Squadrons has been announced. A free-to-play dogfighting game featuring all of the classic space ships from The Universe. I am sprung. Sprung, I say! Watch out, my lightsaber is igniting! Easy penis-to-saber puns! For everyone! Wee!

Hit the jump for the teaser trailer.

Star Wars: Attack Squadrons will allow players to customise and tune “popular Star Wars ships” like X-Wings and TIE fighters and will support dogfights of up to 16 players.

The reveal trailer is not representative of gameplay footage but future ships, environments, and game details are set to be announced in the coming weeks.

If you’re keen to check it out, sign up here for a shot at getting into the closed beta due to kick off early 2014.

Disney registered a host of domains related to Star Wars: Attack Squadrons back in July.