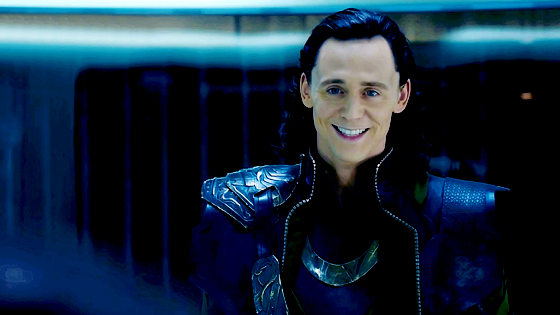 Not even going to say much. Other than I love this. And if you ever spend time on Tumblr, you know this news makes perfect sense in relationship to Loki’s fandom. Sign me up.

Thanks to the success of Thor and The Avengers, Tom Hiddleston’s villain Loki is now neck and neck with Benedict Cumberbatch for the title of ultimate fandom heartthrob. And next year, he’ll star in his own solo comic series.

Loki: Agent of Asgard won’t be out until early 2014, but writer Al Ewing is already getting a head start on fan engagement by answering public questions on his Tumblr blog. One answer that’s received a lot of attention today is the revelation that in the new series, Loki will be canonically bisexual and gender-fluid. Ewing writes:

“Yes, Loki is bi and I’ll be touching on that. He’ll shift between genders occasionally as well.”

We may not know many plot details yet, but this book already sounds like fandom catnip. According to an interview earlier this month, Ewing’s Loki will be “a young man of stolen wealth and varied taste with the universe as his oyster and a penchant for black nail varnish,” withfurther Tumblr posts implying that the series will take inspiration from the heist genre.

Much like his mythological namesake, Marvel’s Loki is a shapeshiftingtrickster god who occasionally takes on human form. The movies characterize him as a Jotunn “ice giant” with a human appearance, which in Norse mythology terms would make him genderless—even though Thor seemed to portray other ice giants as implicitly male. This is the first time an official Marvel source has confirmed that any version of Loki is gender-fluid or bisexual.

FWIW, Matt Fraction’s Casanova is also bisexual, meta-textual, and occasionally swaps genders. Not completely related, but just a reminder you should be reading the title.