Press Start: Panic-Delaying the Next Generation

I feel like I’ve just emerged from another womb; a womb of my own creation, fitted with a plasma screen and an XBOX 360: filled with the stench of my own self-loathing and regret. Yeah, I’ve been playing a lot of GTA V lately, so much so that I forgot I had a duty to talk shit about video games and pontificate like you all gave one. Despising myself as I was, but conveniently blaming GTA V at the same time, I was surprised to find out that the game hadn’t just fucked up my life, but the industry as a whole.

Tin foil hat conspiracy mode. GTA V has got developers running so shit scared that they’re now delaying their next-gen titles. This week, Ubisoft announced their plans to delay Watch Dogs until 2014 to give some ‘extra polish’. Let’s analyse that statement, then, because from what I can tell, it translates as:

“Yeah, we too have been playing a load of GTA V. We’ve taken note of its technological feats and that you gamers will now be accustomed to an altogether higher level of quality. As such, we realised that our game will probably look like shit by comparison and we have hastily began re-tooling the thing. Apologies, Ubisoft.” 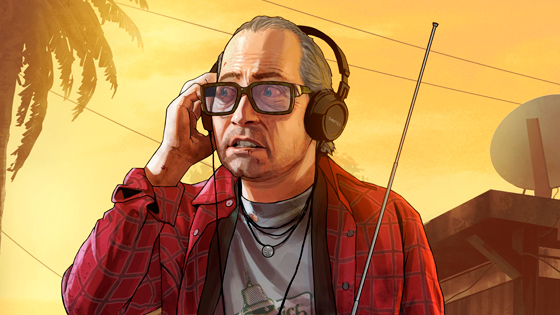 Damn fucking right I’m reading into this too much, but it makes perfect sense. I don’t think anyone seriously anticipated the current iteration of Los Santos to be so flawlessly rendered, or for the game to be quite so overflowing with quality. Ubisoft quite rightly thought they were onto a winner with Watch Dogs, but they didn’t have such high standards to hold themselves up to until just a few weeks ago.

After years of waiting for this much-delayed next console generation, gamers have the right to expect their amazement to result in genital meltdown. All over the globe people will be reinforcing their crotches with lead-lined cups in the hope of being amazed when they snag their shiny new consoles. After such a long wait, this is not an unfair expectation, but the truth is that this next wave of console games will be the same as any that have followed in the first months/years even, after any hardware launch. Remember Kameo, remember Lair, take this knowledge; use it to enhance your life and protect yourself from taking a wrong turn. There is no goodness to be found in launch games, they are the surprise shit in your hotdog bun. With a longer wait, comes higher expectations and so naturally, developers must be feeling the pressure of customer demand. “We’ve gotta explode some dicks, guys.” I’m sure is ringing out in board meetings the world over and if it isn’t, it most certainly should be, because anticipation is the mother of all disappointments.

The sad truth is that no matter how long we’ve waited for another console generation, it’s going to play out just like every other one has before. As the technological jumps become increasingly subtle and our expectations escalate, game developers are going to have to work even harder to capture our attention. For the most part, this is a good thing, but when games start getting delayed simply because they fear looking like shit, then it may be setting a dangerous precedent.

Luckily, the truth of the Watch Dogs delay is more likely down to altogether more realistic issues. Perhaps the team is genuinely behind on their work load, or the marketing department thinks it more prudent to give everyone time to forget about GTA V, or at least get bored of inhabiting its world. This doesn’t change the fact the next generation is probably going to be short-changing us all for the first year or so, but then when has there ever been any sense in buying a console at launch? That’s for the birds, man: all us smart kids know you need to wait a few months at least. 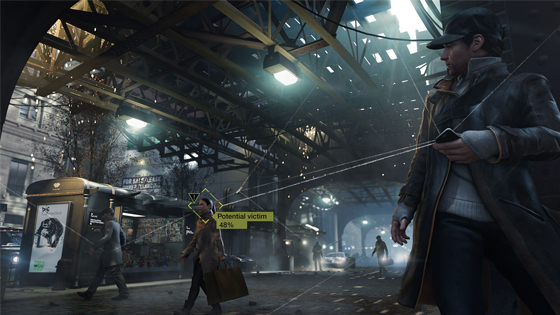 I still recall the moment I felt as If I needed an XBOX 360. I saw Dead Rising’s hordes of zombies and the inviting playground of violence the game offered. I remember thinking that I had never seen anything so cool, or so impressive in a video game before and it felt, to me at least, as if a new generation had truly arrived. Maybe Watch Dogs’ massive, connected city will be the turning point that makes me feel that way again, or maybe it’ll just be a poor man’s GTA with some obligatory hacking thrown in for gimmickry. Whatever the case, I know I’ll be reserving my cash for that moment, rather than some sense of duty as a gamer that compels me to simply ‘keep up’. The real dawn of the next generation may still be a year away, perhaps more and we should encourage developers to run scared as they attempt to impress us, not lambaste them for ruining our ‘launch day plans’.