Archives
« RAFAEL GRAMPA’S rendition of THE JOKER is the NIGHTMARE WE DESERVE
MARS CURIOSITY ROVER continuing on despite GOVERNMENT SHUTDOWN. YEAH, SCIENCE. » 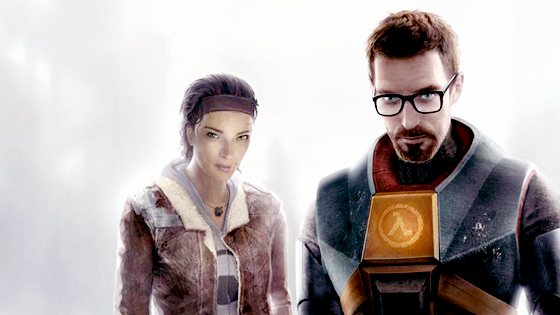 Probably a nothing story, but I’ll take any chance to jam a crowbar in my ass and speculate about Half-Life 3. You know, that game. The one we’ve all been waiting for since…2004? Valve has trademarked the son of a bitch in Europe. Which could mean nothing. But leave me alone, I need this.

Last week Valve made a number of major announcements with regards to its plans to take over your living room, but there was one other reveal that gamers were hoping for: the official announcement of Half-Life 3. And while that never happened, Valve did recently file for a “Half-Life 3” trademark in Europe. There’s not much to glean from the trademark, which was filed on September 29th, other than the fact that it’s a video game from Valve, but the HL3 name alone is sure to excite fans of the series.

Of course, this is far from official confirmation that the game is in fact in development, but for the legion of fans who have been waiting for a sequel since Half-Life 2: Episode 2 launched back in 2007, any news is good news. Since that time the internet has obsessively followed every clue and rumor alluding to HL3‘s existence, and this should only help fuel the flames. Meanwhile, Valve’s plans of late have focused more on hardware, with the recent announcements of SteamOS, the Steam Machines hardware beta, and its very own Steam Controller.