Archives
« Author ELMORE LEONARD passes away at the age of 87. Six-gun salute.
Opinions Vary: Xbox One and Sex near the punch bowl »

MIKE from ‘BREAKING BAD’ has joined ‘COMMUNITY’ for its fifth season. F**K YEAH. 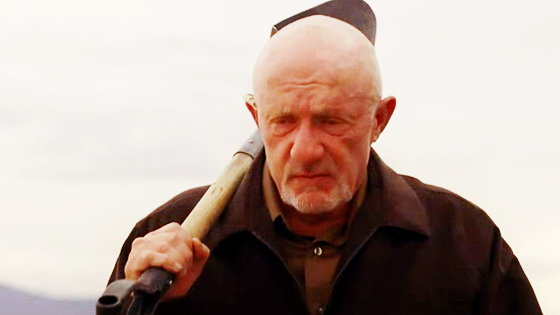 Oh shit!  Community isn’t just returning for a fifth season to fuck my gullet-pipes with awesome. It’s bringing back Dan Harmon. But ya’ll already knew that. However, did you know that Mike (Jonathan Banks) from Breaking Bad is going to have the most in-depth guest starring role in the show’s history? Eh? Eh!

TV hasn’t been the same since that one moment people on the Internet still get mad about when it’s spoiled, even though the episode aired nearly a year ago and really, if you don’t already know that Mike Ehrmantraut from Breaking Bad was a victim of Walter White’s full measures by now, you’re doing something…Oops. Anyway, I’ve missed Jonathan Banks’s dead-eyed scowl, so I’m eating this news up like a particularly hungry hippo.

Jonathan Banks will appear in 11 episodes of Community‘s fifth season, EW has learned.

Banks will tackle the role of Pat Nichols, an intense criminology professor with a mysterious background in military and police work. The Wiseguy alum makes his first appearance in the second episode of the season when Annie (Alison Brie) enrolls in his class. (Via)