Rumor: EVERY XBOX ONE in Europe coming with a copy of ‘FIFA 14’ free. 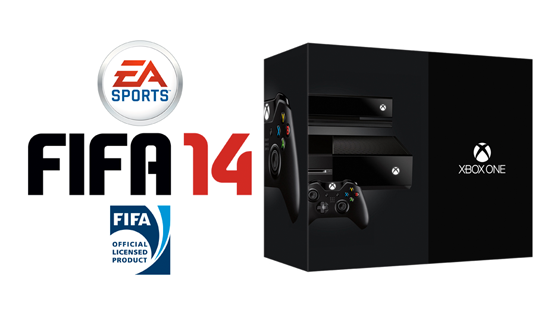 I don’t know the non-American football well. At all. However, I do know that them fuckers in Europe are bonkers for it. In fact, isn’t FIFA like the top selling franchise? So the fact that the XBONE is going to come with a free copy seems pretty fucking impressive to me. Like if they dropped the console in America packaged with Call of Battlefield: Modern Ops and a twelve-pack of Dew.

Microsoft has turned to Electronic Arts in a bid to spark interest in Xbox One, MCV has been told.

At Gamescom tomorrow, an Xbox One/FIFA 14 tie-up will be announced in a bid to win over European gamers, according to two senior games industry sources. The bundle will still retail for £429.99, the same price as the Xbox One base unit.

The move is designed to make Xbox One appear better value for money as it currently retails for £80 more than PS4. FIFA 14 has an RRP of £54.99.

We checked with EA and Microsoft, who both said: ‘no comment’. But we should know all the details tomorrow morning.

FIFA is the biggest game in Europe – FIFA 13 sold 3m copies in the UK alone over the last year – so the deal would make sense. And is a potential coup for Microsoft.

It would also be a show of commitment to Europe after the platform holder disappointed consumers by announcing that some markets would have to wait until 2014 to buy Xbox One.