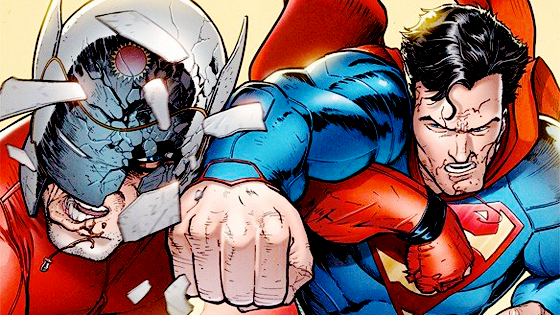 Greg Pak seems to be the go-to for the Super-Guy right now. The scribe is currently helming Batman & Superman: The Odd Couple, and this November he is going to be taking over Kal Kent’s flagship title. The good sir will be joined by Aaron Kuder, combining into the sort of interesting brew that may lure me back onto the comic’s jock. It seems so fuzzy. And welcoming.

Action Comics has had a pretty rough time of it lately. After Grant Morrison’s departure on his way out of superhero comics and Andy Diggle leaving the book for “professional reasons,” the title’s future has been up in the air — and not in a good way. Now, though, we finally have our answer.

As revealed today in USA Today — America’s most trusted source for comic book news — Greg Pak and Aaron Kuder are taking over with November’s Action Comics #25.

Pak is a pretty interesting choice for Action Comics, and it’s easy to see why he’d be in the running. As the writer behind stories like Planet Hulk, World War Hulk and half of Incredible Hercules at Marvel, he’s proved himself to be pretty adept at handling all the stuff that you want to see Superman deal with in a comic book called “Action.” He’s got a knack for sci-fi adventure, knows how to blend big strong guys with big personalities, and has written great books with equal parts superhero punch-outs and genuine heart.

He’s also the writer launching the Batman/Superman team-up book with artist Jae Lee. If both books continue with Pak writing, he’s going to have a pretty big hand in laying the groundwork for shaping DC’s new(ish) version of Superman.

I’m not quite as familiar with Kuder’s work, but he’s been doing covers for Superman. Before he joins Pak, he’s also writing and drawing the “Villain Month” story about the Parasite, so these are obviously creators that DC is pretty comfortable with when it comes to Superman.