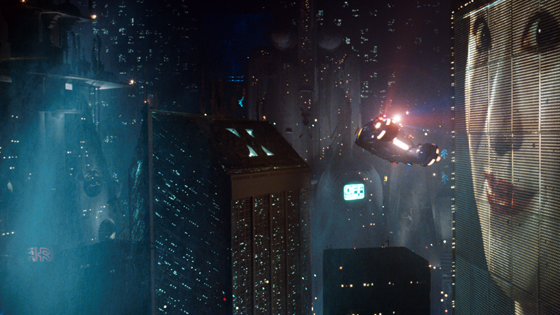 However, I reckon that we all have our favorite slice of the generated-world nonsense that comes from enjoying the arts and farts. So I’ll ask you gals and guys: what is your favorite kind of fictional world? And does it come from a specific source?

Me? My favorite are there them cyberpunk dystopias, specifically that of Richard K. Morgan’s Altered Carbon and its sequels.

I’m glad you (I) asked me! There is something sexy about cyberpunk dystopias. They’re wrapped in a layer of technological advancement that we haven’t seen yet. In Altered Carbon, humanity has thwarted the decay of the meat-flesh itself. New bodies can be “grown”, and even the poorest of folks are still fitted with “chips” that allow for their consciousness to be preserved after death.

Sounds pretty cool, but I imagine it is classist?

Of course it is! It’s a fucking Dystopia. The richest people have the sexy, vat-grown bodies. The rest of us are left to finger our bottoms and pray for the best.

Wait, so tell me more about why you like it?

Well, there is the technological advancement, of course. In addition, in Altered Carbon humanity has also taken to the Universe. They’re spreading out to colonize other planets. It’s sort of a relief to enjoy a world where we manage to get off this rock.

Colonize? Aren’t you some anti-imperialist asshole?

Yeah, but it’s cool in novels.

So, it’s a classist nightmare where humanity continues colonizing?

Yeah, but we also have like chips in our heads and shit.

Not really. One of the largest tropes of the Altered Carbon novel and its sequels is the idea that despite conquering the stars, humanity is still beholden to Martians (who or what we know about them is up in the air). We found their star maps, yet we don’t know a damn thing about them. So despite our continual progress —

— filthy colonization, there are wonders out there to be had.

That sounds pretty cool. I guess. What do you do in this Altered Carbon universe?

You know, the usual cyberpunky bullshit. Like Blade Runner, and Neuromancer (of which it owes a lot to), pretty much you run around like a typical quasi-misogynistic detective. You know how it goes. Hard-boiled. Down a peg. At a disadvantage. But somehow you still manage to solve the crime, bring down the rich corporate pigs. While banging all sorts of women.

So you’re a philandering asshole who fucks women, while fighting against rich colonizing fucks? This sounds dreadful.

Yeah maybe it’s sort of awful. But when you’re an average guy with bad teeth, and rickety knees, and you’re going to die, and the world is going to shit around you, something like this is romantic. It’s like pretty much the same situation in the future, except like I said. People have chips in their heads, and at least we can roam around in spaceships. And apparently have lots, and lots, and lots of sex with women you’re not good enough for.

Jesus Christ, keep rationalizing. What does that even mean, “not good enough for”?

Listen, I don’t really know. I just want to solve crimes, while switching bodies, and traveling the stars, and having sex with women. And men. Shit, I don’t really care who.

Yeah, he pretty much is, but that’s okay because the novel doesn’t condone his behavior.

And yet you want to be him ? You sure the novel doesn’t valorize his nonsense?

You don’t make any sense

Did I mention there are people with chips in their head, and spaceships? Wee!