WUT: QUICKSILVER going to be in ‘DAYS OF FUTURE PAST’ AND ‘AVENGERS’. GOOD THING HE’S FAST, LOL. 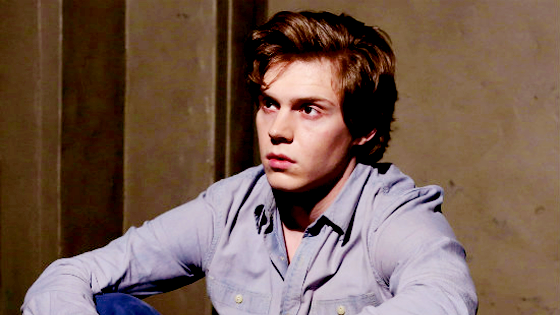 Fuck Bryan Singer, can’t you let us fans of the Marvel movie universe have nice things? A week or whatever after Quicksilver is confirmed for Avengers 2, you come out and let the world know you’re featuring him (played by a different actor than in A2) in your upcoming nightmare.

Director Bryan Singer took to Twitter Thursday, announcing the latest piece of casting for his upcoming film X-Men: Days of Future Past. In doing so, he may have inadvertently created a rift in the Marvel Cinematic Universe. Singer revealed that Evan Peters (American Horror Story) will be playing the mutant Quicksilver in the film. Now, that’s the same Quicksilver that Joss Whedon revealed would be appearing in The Avengers 2 along with his sister, Scarlet Witch.

How is that going to work? We’ll discuss, and have a Kevin Feige quote, below.

Before he was an #Avenger, he was just a REALLY fast kid. Thrilled to say #EvanPetersis joining #XMen #DaysOfFuturePast as #Quicksilver.

Quicksilver (as well as his twin sister Scarlet Witch) debuted in the X-Men comics, and were eventually revealed to be the children of Magneto. More recently they’ve become members of The Avengers but their roots have always been in the X-Men. So the fact that Peters – a fantastic actor – will be portraying the character in that universe, makes sense. (We’ll be seeing two Magnetos and one could obviously have kids.)

What’s odd is the timing and rights issues. Singer has been casting this film for a long time and with production set to start soon, this announcement occurs just weeks afterWhedon announced he’d be using the character in The Avengers 2. Contractually, Kevin Feige recently explained how the characters could appear both in the Fox and Disney Marvel universes:

We both have [Quicksilver and the Scarlet Witch]. There’s a specific arrangement with those two characters that would allow us to use them with “Avengers,” but not discuss or reference their mutant or Magneto-related lineage. They can use them as mutants and as Magneto’s relatives, but cannot have anything to do with “The Avengers.”