YAHOO buys TUMBLR for $1 BILLI in cash. Turn out the lights or something. 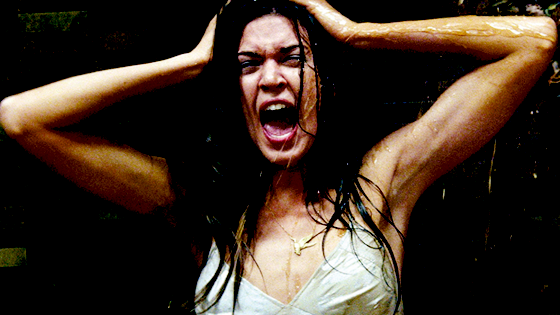 Yahoo is the latest mega-corporation to try and buy their way to coolness. Their acquisition of Tumblr is super-hyper redolent (wrong word) of Facebook buying Instagram. The general populace blase about your existence? Snap up a hot particle and hope that the demographic using it doesn’t notice. I’m not particularly concerned with the occurrence. What I am concerned about is the reaction of all of those Tumblrs out there I follow with great interest. Should they ditch the service in light of the purchase, my Tumblr feed will become yet another parking lot on the info-superhighway. And then where will I go for booty, gaming, more naked pictures, art, comic books, odd fashion I don’t understand, and more ass pictures? Eh?

Yahoo has officially announced that it will acquire Tumblr in a $1.1 billion cash deal expected to close in the second half of the year, and will keep Tumblr’s David Karp on as CEO. “Per the agreement and our promise not to screw it up,” Yahoo says in its press release, “Tumblr will be independently operated as a separate business.” In one of its first acts of business, Yahoo has moved its official blog to yahoo.tumblr.com.

“Tumblr is redefining creative expression online,” Yahoo CEO Marissa Mayer said in the announcement. “On many levels, Tumblr and Yahoo couldn’t be more different, but, at the same time, they couldn’t be more complimentary. Yahoo is the internet’s original media network. Tumblr is the internet’s fastest-growing media frenzy.” In a blog post discussing the change, Mayer insisted that Yahoo won’t “screw up” Tumblr, and that it will operate independently. “The product roadmap, their team, their wit and irreverence will all remain the same,” Mayer wrote.

Yahoo estimates that the deal will grow its audience by 50 percent, and its overall traffic by 20 percent. The company plans to infuse Tumblr with its personalization and search technology, and to fold Tumblr’s massive collection of blogs into its own network. And, of course, the companies will work together on “seamless” advertising opportunities.

Tumblr CEO David Karp also expressed a “stand pat” attitude, saying that the company will largely remain the same under Yahoo’s ownership. “We’re elated to have the support of Yahoo and their team who share our dream to make the internet the ultimate creative canvas,” Karp said. “Tumblr gets better faster with more resources to draw from.” In his own blog post announcing the deal, Karp writes that “we’re not turning purple,” and that “simply, Tumblr gets better faster.”