Archives
« MARS ORBITER may have found the Soviet’s MARS 3 LANDER. Cold War heating up, et cetera.
‘STAR WARS: RECLAMATION’ is either NEW CARTOON or UTTER BUNK. What think you? »

WHITE HOUSE ain’t cool with CISPA as it stands. Color me skeptical. 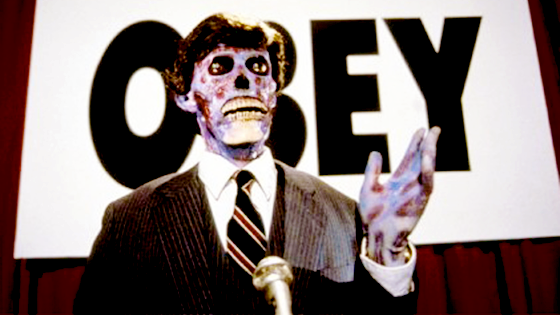 Maybe it’s because I’m on to the President-is-a-member-of the-Illuminati-Reptile-People conspiracy, but I have a hard time believing that the White House is actually concerned about CISPA. Sure the proles will gobble up this news, but not me. I’m busy watching They Live, and constructing my own set of reptile-revealing glasses. The Truth is out there.

As US cybersecurity bill CISPA heads to the House Floor for a vote, the White House National Security Council has issued a statement suggesting that the President won’t support it in its current form. “We continue to believe that information sharing improvements are essential to effective legislation,” said NSC spokesperson Caitlin Hayden told the Los Angeles Times in a statement. “but they must include privacy and civil liberties protections, reinforce the roles of civilian and intelligence agencies, and include targeted liability protections… We believe the adopted committee amendments reflect a good faith-effort to incorporate some of the Administration’s important substantive concerns, but we do not believe these changes have addressed some outstanding fundamental priorities.”

Hayden said that the Obama administration would continue to work with Congress on drafting cybersecurity legislation, something the White House has made clear is a priority. CISPA, which was reintroduced to the House in February after failing to pass the Senate last year, initially drew criticism for allowing companies to disclose user information with relatively little oversight. After coming back to Congress, the bill was debated behind closed doors in the House Intelligence Committee, which passed it yesterday after adding several amendments.

The exact text is still unknown, but The Hill has reported that it was amended to require stripping personal user information out of “cyber threat” data and remove a clause that would have let the government use data for vaguely defined “national security purposes.” As the reintroduced bill gained momentum over the past weeks, it’s remained unclear whether President Obama would threaten to veto it, something he warned would happen with last year’s version of the bill. Now, with this statement, it appears he hasn’t changed his mind.