Archives
« Carrie Fisher returning as Leia in ‘STAR WARS: EPISODE VII.’ No s**t.
This Week On The Walking Dead: Clear » 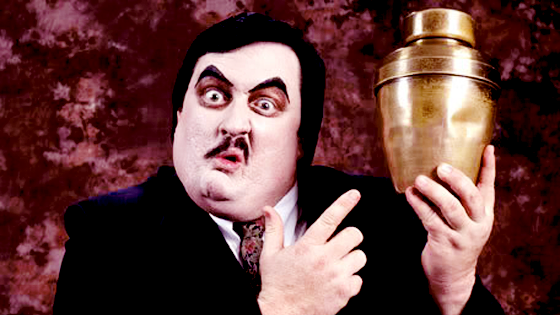 …and another one of my childhood wrestling icons has bitten the dust. May the warmth of the sun warm your back as you walk through the Elysium Fields, sweet prince. (Of darkness.)

William Moody, who as the pro wrestling character Paul Bearer embodied a sense of theater that was equal parts morbid and absurd, has died at age 58. A portly man known for his wild-eyed stare and habit of carrying a brass urn under his arm, Paul Bearer was most notably the manager of The Undertaker and Kane.

Moody’s death was announced Tuesday by World Wrestling Entertainment. No details of the cause of death were included, but a post at The Baltimore Sun reveals that Moody had canceled several upcoming events.

As news of Moody’s death spread, tributes have emerged on Twitter and elsewhere, with friends and colleagues remembering Moody as a kind and generous man — far from his on-screen demeanor as an evil mortician.

And on the WWE website, the fans revisited highlights of Moody’s career, from a highly orchestrated entrance in which he was brought ringside inside a red casket (by a cadre of monks, no less) to a symbolically rich 1999 match in which the ring was bordered by flames — and Vince McMahon, seated ringside, was visibly unsettled by the delivery of a black hat box whose sole contents were a cuddly teddy bear.

On the AL.com website, an appreciation for Moody, who died in his native Mobile, Ala., lists some of his early colleagues:

“In 1978 in Biloxi, he unveiled Percival Pringle III as the manager of the Mongolians. The wrestlers that Moody went on to be associated with reads like a who’s who of a certain era: “Ravishing” Rick Rude, The Assassin, Blackjack Mulligan, The Great Kabuki, Lex Luger, The Ultimate Warrior and Stone Cold Steve Austin.”