ZACK SNYDER developing ‘STAR WARS’ flick, influenced by ‘SEVEN SAMURAI.’ I have emotions. [Or not?] 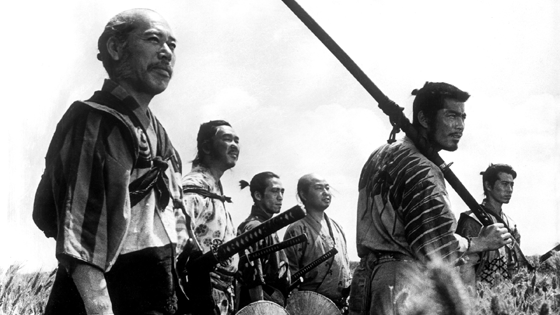 Zack Snyder. Star Wars. Together. At last? I feel like, given my usual rage for Snyder, I should be cheesed. But I can’t be. His Man of Steel trailer (admittedly a small glimpse) was hot. The idea of riffing off of Kurosawa again in Star Wars is hot.

Get ready “Star Wars” fans because like it or not, the franchise is getting Zack Snyder-ized. While the hunt for director of “Star Wars: Episode VII” continues (with some rumors suggesting Disney has already chosen the helmer, but have yet to announce it), the franchise is growing far beyond the next trilogy. Talk of spinoff films set within the same universe has been bandied about (Lawrence Kasdan and Simon Kinberg may be writing them), while the possibility of a TV series has reared its head again. But few saw this coming.

Vulture reports that Snyder is developing a new “Star Wars” film that will take place outside the upcoming new trilogy of movies, but will be set in the same universe with a parallel timeline. Where specifically remains to be seen, but right now the thinking is that it will be between “Star Wars Episode VI: Return Of The Jedi” and the followup. Morever, it’s said it will be influenced by Akira Kurosawa‘s “Seven Samurai,” which is fitting considering the director’s “Throne Of Blood” and “The Hidden Fortress” have long been seen as helping to unofficially shape the very first “Star Wars.”

There’s no word yet if Snyder will actually direct, or if will just be taking a Nolan-esque godfather type role, but we can only imagine if he’s putting the pieces together, he’ll want to guide it to the big screen too. While many have wondered if Disney would be able to lure big names to the next batch of movies, landing Snyder for the spinoff movie is a pretty big get, and perhaps suggests that a bit more freedom to play outside the canon may attract some interesting cinematic voices. It also suggests that “Man Of Steel” is impressing the hell out of some folks.

But in an exclusive statement toThe Hollywood Reporter, Snyder’s spokesperson says: “While he is super-flattered because he is a huge fan, Zack is not involved in any way with the new Star Wars. He is currently in post on his two films, Man of Steel and 300: Battle of Artemisia.”

That means no Episode VII, VIII or IX and no offshoot movies, the rep confirms.

The idea of Snyder tackling a Star Wars project isn’t far-fetched. Lucasfilm is on the hunt for a filmmaker or two to tackle the final trilogy, which is in the process of being written by Michael Arndt. Directors ranging from J.J. Abrams to Jon Favreau to Matthew Vaughan have surfaced as possible (or dream) contenders.