Archives
« ISS ASTRONAUTS to be kept company by doll-like humanoid. This will end in tears.
‘CAPTAIN AMERICA: THE WINTER SOLDIER’ to feature Nick Fury’s story. Woop? »

JAMIE FOXX talks about Electro’s costume and story in ‘AMAZING SPIDER-MAN 2’, I nod. 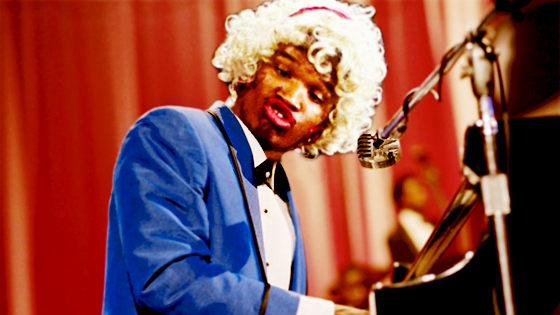 I keep forgetting that Django is going to be starring as the villain in Amazing Spider-Man 2. Mr. Foxx himself recently sat down and elaborated all about the Electro guy he is going to be playing, taking us fanboys and fangirls into the motivations behind the, you know, pretty lame supervillain.

“You’ll see that in his whole life, no one is talking to him. People have stolen his ideas at the big company. He’s a nobody. At a certain point, Spider-Man bumps into him and says, ‘You’re my guy. You’re my eyes and ears on the street. And he says his name – no one has ever said [Max] Dillon’s name. He sort of starts thinking that somehow, he’s Spider-Man’s partner. He’s cutting out Spider-Man’s face and pasting it on all his boards… Everything goes bad with his mom. She doesn’t remember his birthday. He has something tragic happen and, when it turns on, he lights it up.”

Foxx’s costume, however, will be rather different from the bright greens and yellows of his comic book garb:

“It won’t be like that. Marc Webb and all of those guys, they’re smart. They know that it has to make sense in 2013, so the suit is really slick. It’s actually black. It’s a new age.”

Seriously though, how does everyone feel about Electro being the antagonist for the second Spidey flick? I’m generally dismissive of Parker’s Rogue Gallery, but I also have faith that Webb and company will be able to pull something interesting off. So yeah. There is me wavering. Big time.